Greek Cypriot President Nicos Anastasiades said on Saturday he would not engage in dialogue with Turkey until Ankara halts what he called provocative activities, Cyprus Mail reported.

“As determined as I am to enter an honest and creative dialogue, I am just as much determined to never enter a dialogue while Turkey carries on with its illegal activities, violating international law, or threatening to settle in Famagusta,” Cyprus Mail quoted Anastasiades as saying during his speech at UK’s national federation of Cypriots.

Turkish Foreign Minister Mevlüt Çavuşoğlu on Sept. 9 said Turkey would open a consulate in the city of Famagusta, a move comes as the United Nations begins a new round of exploratory talks aimed at reunifying the island.

In the Eastern Mediterranean, Turkey is at odds with South Cyprus and Greece over the potentially rich hydrocarbon reserves in the region.

Turkish drillships, accompanied by military vessels, have in recent months begun drilling operations off the coast of Cyprus, sparking tensions with South Cyprus and Greece and leading to sanctions from the European Union which Ankara said was an example of how Greeks and Greek Cypriots abuse EU membership. 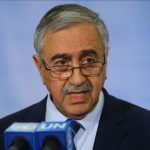 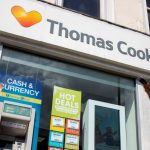