A British woman on holiday in Majorca has said she could be left in a “life-threatening” situation if travel company Thomas Cook collapses because she would not have access to her heart medication.

Jackie Ward and her daughter, Amy, from Newcastle, arrived in the resort in the last week for a celebratory holiday after Jackie was given the all-clear from cancer.

But they say it has been “ruined” as Jackie, 58, has a heart condition and only has enough of her daily medication to last until Sunday.

Fighting back tears, 24-year-old Amy said her mother’s condition is “life-threatening”, adding: “My mum’s on heart medication. If she doesn’t get that, there are problems with her heart.”

Jackie added: “I’ve only brought enough medication ’til Sunday, thinking we’ll get home on Monday, I’ll take it Monday when I get home… I haven’t got anything.”

The mother and daughter are two of around 150,000 UK holidaymakers who have travelled with the 178-year-old travel agency.

The firm has tried to calm customers’ fears, insisting all its holidays and flights were operating as normal.

Amy Ward says they have had no word from the operator and told Sky News the Thomas Cook rep “hasn’t even turned up. We don’t know anything.”

The trip, the first time they’ve been on holiday together, was meant to be the holiday of a lifetime.

It cost them £600 and they have been paying for it in monthly instalments for a year.

“It’s devastating. This holiday was supposed to be celebratory and it’s not that anymore,” Amy said.

It was meant to be a “new start,” Jackie confirmed.

“There’s nobody about that will say anything,” she added.

Amy has even called their UK travel agent, Jackie said, but “they’ve said they know nothing. We don’t even know if it’s tonight it’s going to happen or tomorrow, or Monday, we don’t know,” she added.

The women are insured, but their provider has told them they won’t do anything until it’s confirmed that Thomas Cook has gone bust, Amy said.

As it stands, they will be picked up from their hotel and taken to the airport on Monday morning, but by then, Amy said, “it’s too late”.

What happens for holidaymakers if travel firm goes under

The travel firm tells customers all its holidays and flights are operating as normal, but uncertainty persists over its future

They are desperate to leave now, Jackie added and “if there was a flight home today, I would go. Cut the holiday short. I wouldn’t be bothered.”

The ailing travel group is understood to have approached the government for a bailout as hopes of a private-sector rescue deal faded.

The Transport Salaried Staffs Association, which represents workers at the company, said ministers should be ready to assist with “real financial support”.

Sky News has learnt several possible scenarios that were on the table in recent days have been ditched after the extent of the company’s predicament became clear.

Sources said the firm had abandoned several plans, leaving more than 20,000 jobs across the group at risk, including 9,000 in the UK.

On Friday, the operator’s shares fell more than 20% after it issued a statement confirming it needed to find an extra £200m to plug a financial hole.

If the firm collapses, it is expected to trigger the biggest-ever peacetime repatriation of British citizens. 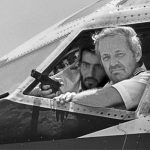 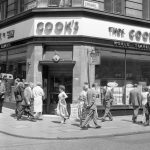