Problem that would take 10,000 years for normal PC is solved in four minutes

A quantum computer can carry out a single calculation that no conventional computer would be capable of within a reasonable time.

Researchers at Google have created a computer that can carry out calculations way beyond the reach of traditional computers, it has been reported.

The scientists say it marks the achievement of something called “quantum supremacy”.

Quantum supremacy is when a special device, called a quantum computer, can carry out a single calculation that no conventional computer would be capable of within a reasonable time.

According to the Financial Times, the quantum computer – called Sycamore – worked out whether an algorithm produced a genuinely random sequence of numbers.

It took three minutes and 20 seconds to come up with an answer – something the most powerful commercially available conventional computer would have taken about 10,000 years to do.

The FT said a paper by Google’s researchers was briefly posted on a NASA website announcing the breakthrough before being removed.

“To our knowledge, this experiment marks the first computation that can only be performed on a quantum processor,” the FT quoted the paper as saying.

Quantum computers are engineered to use a principle in quantum physics – that at the subatomic level matter does not exist infinite states.

Conventional computers, meanwhile, break down information into a digital state – with all numbers made up of a collection of 0s and 1s – two finite states.

Because quantum computers are not restricted to designs that require two states, they can potentially operate much faster when dealing with some problems.

In theory, information can be processed more quickly when it does not have to be made up of binary 0s and 1s.

The problem is that some quantum computers need particular conditions in order to function, such as temperatures lower than those found in space.

Satya Nadella, the CEO of Microsoft, says quantum computing is one of three emerging technologies that will radically reshape the world, along with artificial intelligence (AI) and augmented reality.

A handful of quantum computers have been developed, including a commercially available series by D Wave.

Steve Brierley, founder of quantum software start-up Riverlane, told the FT: “It’s a significant milestone and the first time that somebody has shown that quantum computers could outperform classical computers.” 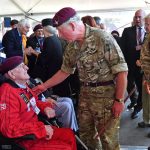 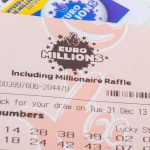