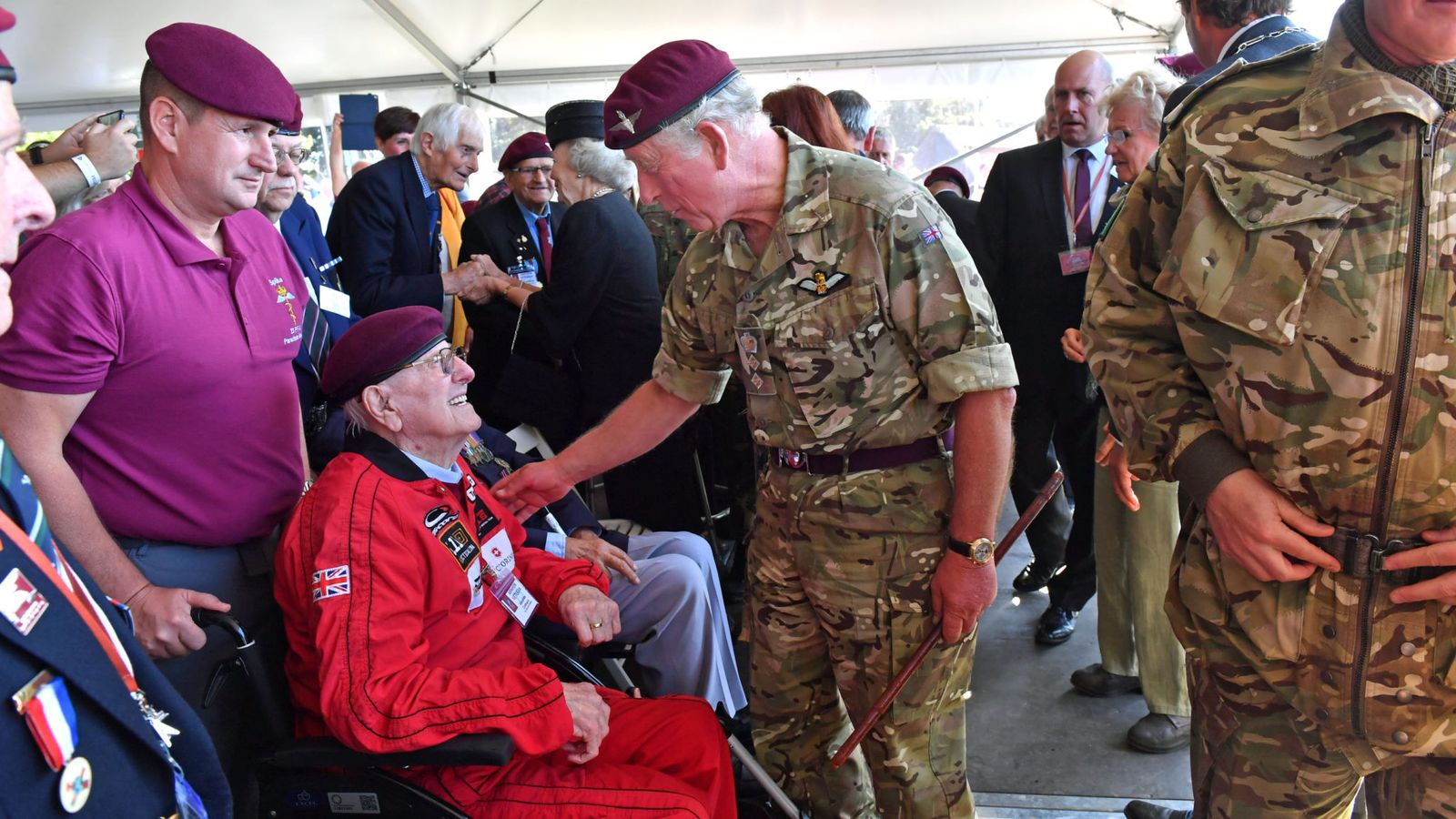 Commemorations are taking place 75 years after the ill-fated operation took place in the Dutch city during the second world war.

A 97-year-old Second World War veteran who parachuted over the Dutch city where he was captured 75 years ago has been congratulated by Prince Charles.

A crowd of thousands applauded Sandy Cortmann as he tandem dropped with the Red Devils on to Ginkel Heath, near Arnhem in the Netherlands, on Saturday.

After he landed still wearing his flight jacket, he waved and smiled at the cameras as he was lowered into his wheelchair so he could take his place for memorials.

Mr Cortmann, from Aberdeen, was just 22 when he parachuted into the same drop zone in September 1944 as part of Operation Market Garden – one of the war’s most ill-fated operations.

The Prince of Wales, as Colonel-in-Chief of the Parachute Regiment, alongside Princess Beatrix of The Netherlands, met veterans of the operation to mark its 75th anniversary.

Prince Charles laid a wreath during the service bearing the handwritten message: “In everlasting remembrance, Charles.”

He later shook Mr Cortmann’s hand as he met several of the surviving veterans from Operation Market Garden.

Mr Cortmann described the jump as “thoroughly terrifying”, adding: “When the door opened I thought, Christ, what a way down.”

But he said it was “absolutely wonderful to see the ground so far below, my God”.

He added: “I can’t remember much about the jump in 1944, we were just a bunch of young lads out for a good time if you like, but it turned out rather terrifying in the end with the guns and mortars and things opened up.

“They were all aimed at us.”During a memorial service, civilian and military dignitaries gave speeches before the laying of wreaths.

Charles held a salute and veterans were helped to stand, some holding hands, as a lone bugler played the Last Post.

Operation Market Garden – depicted in the 1977 film A Bridge Too Far – saw 35,000 British, American and Polish troops parachute or glide behind German lines to try and open up an attack route for allied forces.

Problem that would take 10,000 years for normal PC is solved in four minutes