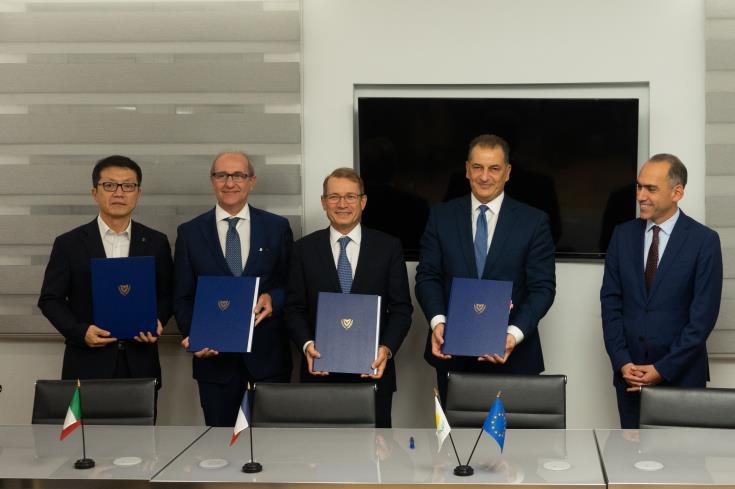 South Cyprus on Wednesday signed agreements with France’s Total and Italy’s Eni for exploration in block 7 of Cyprus’ Exclusive Economic Zone (EEZ). Contracts were also signed for the farm-in of Total in blocks 2, 3, 8 and 9.

South Cyprus’ Energy Minister, Yiorgos Lakkotrypis, said this is a very important development related to Cyprus’ energy programme. He also noted that up to six drilling operations are expected to be conducted in the blocks for which ENI and Total have been licensed, while a total of nine exploratory and appraisal wells are expected to be carried out over the next 24 months.

Asked when the new drillings are expected to begin, the Minister said that this is currently being discussed with the companies. Moreover, he noted that today’s development strengthens the consortiums in Cyprus’ EEZ, at the technical, economic and geopolitical level.

The contracts were signed during a ceremony at the Energy Ministry, in Nicosia, by Lakkotrypis and representatives of Total, ENI and the Korean company KOGAS, in the presence of Finance Minister, Harris Georgiades and the Ambassadors of France and Italy to Cyprus, Isabell Dumont and Andrea Cavallari, respectively.

The Cabinet approved last July the granting of a license for offshore block 7 to Total and Eni with a share of 50 per cent each. At the same time, the Cabinet granted Total a license for blocks 2, 3, 9 and 8 in which Eni is already a licensee. 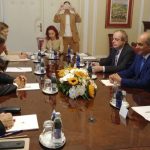 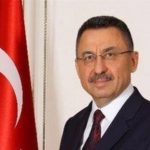 South Cyprus: Airport action plan to be submitted next week