President Mustafa Akıncı said that the event of stealing the flag and photograph of the late President Rauf Raif Denktaş from an elementary school in Akdoğan was wrong, ugly and should not be experienced in these lands.

Stating that individuals, societies, and nations have to respect each other’s symbols and values, the President said that this can be achieved through the spread of peace culture and peace education and that the bi-communal Education Committee is working towards this goal.

Akıncı pointed out that some researches show that fanaticism has become widespread among Greek youth.

Akıncı stated that the incident was met with indignation in both the Akdoğan region and the TRNC and that this was justified indignation. and that the bi-communal Education Committee was involved.

Yesterday, the family visited the Presidency, a Turkish flag, a photo of the late President Denktas and the letter of apology to be shared with the press and expressed his wish to reach the Turkish Cypriot community today.

Akıncı said: the school principal’s father is one of the missing and still missing persons in Cyprus, noting that the value of lasting peace, those who suffer such pain, they, young generations do not want to experience the same pain as before.

Akıncı said that there are things to be learned from the events and wished that the event would be a lesson for everyone in order to produce positive results.

Dr. Sozil Small Elementary School Principal Sozer Ozkaramehmet said, the church and school in the region side by side to be effective in the incident, said that the incident upset them individually and immediately after the incident contacted the competent authorities and reported the theft, he said.

Özkaramehmet said that he never taught Turkish Cypriot students to attack the religious symbols, flags or values ​​of the other people and called on the Greek Administration to revise their education systems once again.

Özkaramehmet stated that it is important to bring the flags and photos to the Presidency with an apology letter and to understand that what was done was a mistake. 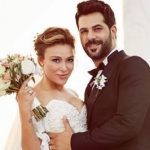 Ziynet Sali and Erkan Erzurumlu Marry in the TRNC 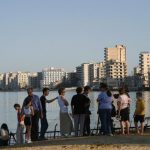