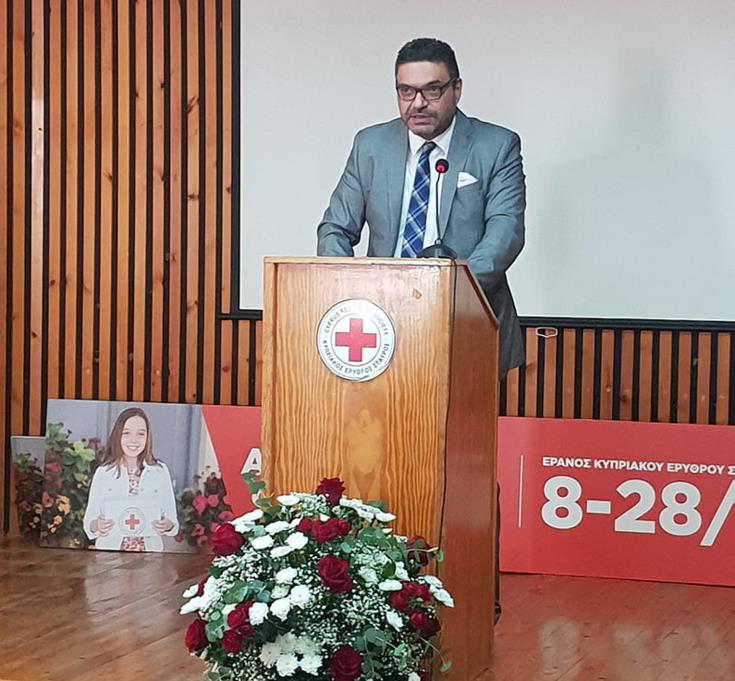 There has been an unprecedented increase of over 130% in new asylum applications in Cyprus compared to the already high number recorded in 2018, South Interior Minister Constantinos Petrides has said, describing the situation as “extremely challenging”.

Addressing the 5th Conference of the Red Cross Small European National Societies, Petrides said that according to Eurostat and EASO, for the third year in a row, Cyprus remains the top receiving Member State per capita.

In his speech, Petrides referred to Cyprus’ traditionally strong ties with the Cyprus Red Cross Society, that go back to the events of 1974.

These ties have developed through the years, he said, into a strong partnership in many areas, such as the management of the refugee crisis affecting Cyprus in the recent years.

Cyprus, a small country at the European border of a region beset by political instability and conflicts, Petrides said, has been at the frontline of massive migration flows.

Noting that being a divided country with more than a third of its population internally displaced, “we consider the adequate reception and hosting of refugees and migrants arriving in Cyprus, as our obligation and moral duty towards every affected fellow human being”.

However, Petrides said that only in 2017 the increase in asylum applications, in comparison to 2016, was over 50%. Moreover, 2018 demonstrated a further sharp increase in migratory flows of 69%.

“The alarming trend continues in 2019, where until July, a total of 7812 new applicants were registered in Cyprus, demonstrating an unprecedented increase of over 130% in comparison to the already high influx of 2018. According to the available data of Eurostat and EASO, for the third year in a row, Cyprus remains the top receiving Member State per capita.”

He added that the “geographical proximity to a number of politically and socially unstable countries, the inability to effectively control the occupied areas of the island due to the illegal occupation, the lack of cooperation on behalf of Turkey, as well as the failure of the EU to manage effectively and holistically the migration issue, are among the main reasons that have led to this extremely challenging situation”.

Citizens of Syria remain the top nationality in asylum applications in 2019. Nevertheless, new alarming trends are emerging, such as the significant influx of citizens of Georgia, as well as of India, Cameroon, Nigeria and Bangladesh.

The minister noted that despite the ongoing efforts put forward by South Cyprus, “the situation continues to deteriorate, leading to a complete overload of the social and economic structures of the island”.

He explained that the asylum procedures in Cyprus are in alignment with the EU acquis and in conformity with the country’s international obligation, in order to provide protection to those who have a genuine fear of persecution in their countries of origin.

The measures taken towards the adoption of a fair and effective asylum procedure, said Petrides, aims to ensure that all asylum applications are processed within a short period of time and treated in a fair way, safeguarding the principle of “non-refoulement”, and that no person will return to a country where he/she has a valid fear of persecution.

The goal, he added, is to continuously improve procedures, acknowledging however that despite the government’s continuous efforts, “we still have a lot of work to do in improving the asylum system in order to be more effective in granting protection fast to those who really need it, while at the same time, in preventing the increasing abuse of the asylum system from economic migrants, which is a factor that makes the system less efficient for those who are in real need of protection”.

He welcomed the placing of an EU expert as of this month on the island, according to the agreed action plan with the European Commission and EASO.

The Interior Minister said he aspires “that the new European Commission will present approaches that would achieve the necessary consensus at EU level in order to have a truly European policy and fair burden-sharing amongst EU member states”.

Minister Petrides said facing the enormous challenges of irregular migration, the role of the Red Cross has extremely important, as well as that of a number of non-governmental organizations, adding the Government and Red Cross Cyprus are cooperating in projects co-funded by the EU and South Cyprus.

Furthermore, the role of the Cyprus Red Cross Society has been vital in the efficient operation of the First Reception Centre in Kokkinotrimithia, where the Cyprus Red Cross has a permanent presence and specifically in creating such conditions in this type of reception centre, which first and foremost respect the human dignity and secondly create an environment of efficient cooperation between governmental and non-governmental authorities.

The Cyprus Red Cross Society has also been a valuable partner in providing humanitarian support to migrants arriving by sea, with the distribution of food and clothes.

The role of the Cyprus Red Cross is clearly defined in the ‘Nafkratis’ Contingency Plan, drafted for the management of mass arrivals of persons to Cyprus, who, upon stating their intention to apply for asylum, are transferred to the First Reception Centre, which also operates as an Emergency Centre for this category of arrivals. 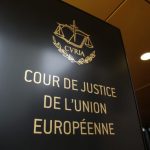 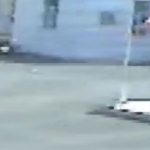 Turkey issues Navtex for exercises off Meis (Kastellorizo) on Sunday