US President Donald Trump has submitted to the Members of the Congress his Bi-monthly Congressional Report on progress toward a negotiated solution of the Cyprus question covering the period February 1, 2019, through March 31, 2019.

According to the report, on February 1, Bureau of European and Eurasian Affairs (EUR) Assistant Secretary Wess Mitchell called Nikos Christodoulides to discuss with South Cyprus the U.S. explanation of vote during the UN Security Council vote to renew the UN Peacekeeping Force in Cyprus (UNFICYP) on January 30.

“Mitchell affirmed US peacekeeping principles and encouraged both sides to improve bi-communal relations,” the report says.

Furthermore, on February 4, Principal Deputy Assistant Secretary Elisabeth Millard met with UN Political and Peacebuilding Affairs Assistant Secretary-General Miroslav Jenca to express continued US support for senior UN official Jane Holl Lute’s role in facilitating a resumption of negotiations and to reaffirm US efforts to encourage both sides to actively, constructively, and urgently engage with her.

In the report, it is stated that on February 3 and 4, senior UN official Jane Holl Lute met separately with Turkish Cypriot leader Mustafa Akinci and Greek Cypriot leader Nicos Anastasiades in an attempt to facilitate discussion between them and come to an agreement on “terms of reference” to resume negotiations.

On February 5, Greek Prime Minister Alex Tsipras and Turkish President Recep Tayyip Erdogan met in Ankara to discuss their respective positions on settlement and agreed a series of meetings should be scheduled prior to the resumption of negotiations to set clear positions and a joint road map.

Furthermore, on February 6, President Anastasiades held a telephone conversation with President Mustafa Akinci and agreed to meet in the second half of February. No exact date was announced.

The report states that on February 22, Spokesman Prodromou said President Anastasiades expects the exact proposal of UN Secretary-General Guterres, as it was clarified on July 4, 2017, to be included in the Terms of Reference facilitated by senior UN official Jane Holl Lute.

The Bi-monthly Congressional Report adds that on February 26, the UN Secretary-General’s Special Representative (SRSG) of UNFICYP and deputy to the Secretary-General`s advisor on Cyprus, Elizabeth Spehar, hosted an informal meeting with the two Cypriot leaders at the Chief of Mission’s Residence in the United Nations Protected Area in Nicosia.

At the meeting, the report says, “both leaders shared positions on key matters, identified outstanding issues to be resolved, and agreed to implement important confidence-building measures for the benefit of both communities.”

The report also makes references to Lute’s contacts in March, including visits to the guarantor powers the United Kingdom, Greece, and Turkey. 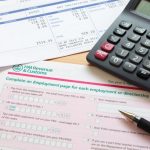