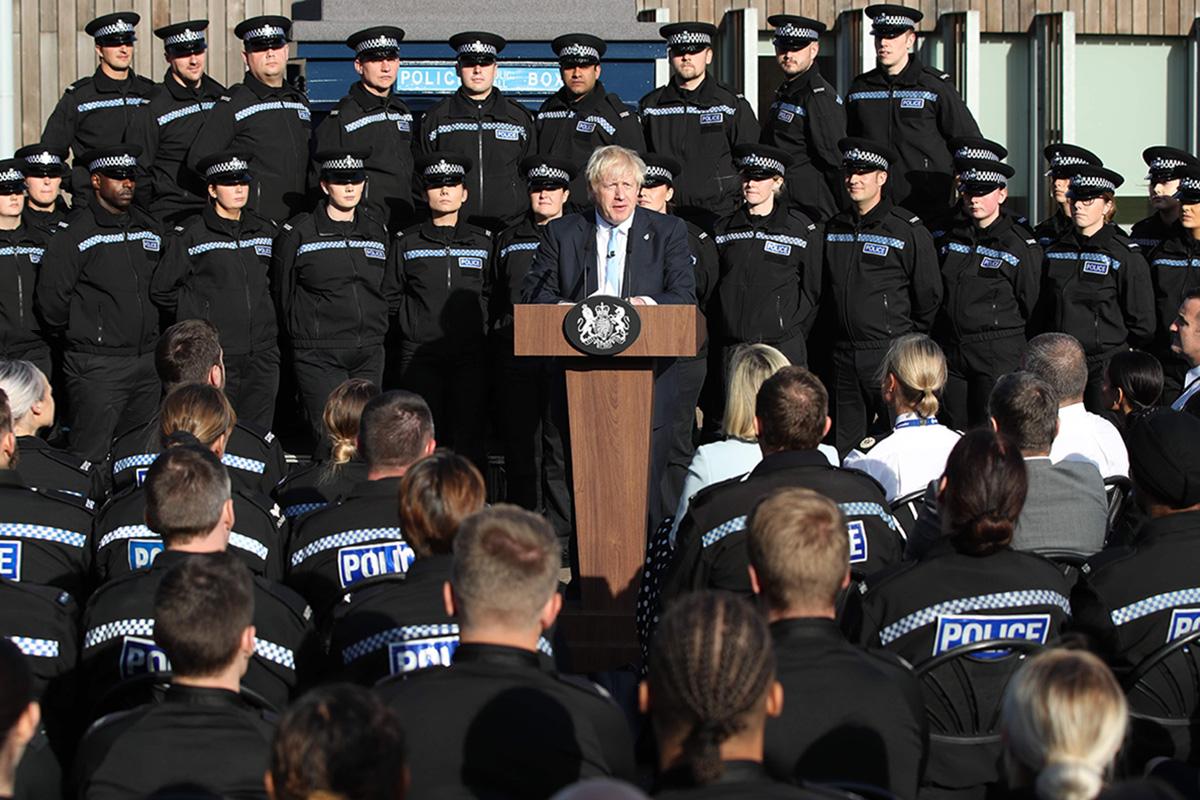 A chief constable has lashed out at Boris Johnson after his officers were used as “a backdrop” to a highly political speech, alleging he was misled.

John Robins said his West Yorkshire force had been told that its involvement would be “solely about police officer recruitment”.

“We had no prior knowledge that the speech would be broadened to other issues until it was delivered,” the chief constable protested.

Mr Johnson’s decision to speak in front of trainee officers – while launching an attack on Jeremy Corbyn for ducking a general election – has already been likened to the tactics of Donald Trump.

Now Mr Robins has revealed the officers were only intended to stand behind the prime minister when he gave an earlier, shorter speech to launch a recruitment campaign.

He was then due to attend a police helicopter base for a separate press conference on Brexit, without officers present.

But that visit was canceled “minutes before” the first speech, leaving Mr Johnson surrounded by police as he tore into his political opponents.

“It was the understanding of West Yorkshire Police that any involvement of our officers was solely about police officer recruitment,” Mr Robins said.

“I was therefore disappointed to see my police officers as a backdrop to the part of the speech that was not related.”

The criticism is a further heavy blow for a prime minister buffeted by repeated defeats at Westminster and a growing Conservative revolt over his hardline Brexit tactics.

The rambling, incoherent speech, in Wakefield, had already been widely viewed as a calamity – culminating in an exhausted woman police officer collapsing behind Mr. Johnson as he spoke.

He also gave his opponents added incentive to keep him in office long enough for the humiliation of being sent to Brussels to stop no-deal, when he vowed: “I would rather be dead in a ditch.”

“Mr. Johnson has deceived the police by knowingly using officers for a nakedly party political stunt, without their prior knowledge,” said Louise Haigh, the party’s shadow policing minister.

“This is a serious breach of trust and the prime minister must immediately apologize for putting serving officers in this intolerable position.”

In a letter to the cabinet secretary, Yvette Cooper said ministers must “respect the impartiality of the police and not ask them to do anything which would put it under the question”.

The Home Affairs Committee chair demanded to know who made the decision to use police officers as a “backdrop” for the speech, and who authorized the change in format for the event.

Ms. Cooper questioned whether the decisions may have violated the ministerial code and the College of Policing guidance on political impartiality.

Tom Brake, the Liberal Democrat Brexit spokesperson, has written to the cabinet secretary, urging him to investigate if Mr. Johnson had broken the ministerial code with his “naked electioneering”.

He pointed out the code stated ministers “must not use government resources for party political purposes” and that “official facilities and resources may not be used for the dissemination of material which is essentially party political”.

An officer who was stabbed as he fought terrorists during the London Bridge attack was among those voicing concern.

“Thought we weren’t allowed to show any political allegiances,” said PC Charlie Guenigault, who was awarded a George Medal for his heroism. “Looks exactly like that and sends off the wrong message.”

West Yorkshire police and crime commissioner Mark Burns-Williamson told the BBC Mr. Johnson had “abused” the force for a “political speech about Brexit”.

An officer standing directly behind the prime minister became unwell after standing to wait for Mr. Johnson, who was late, and throughout his televised speech and questions.

The student officer appeared unsteady on her feet and was breathing heavily, before sitting down behind the prime minister.

The officer was able to return to her feet as he departed the stage, and West Yorkshire Police said she did not require medical treatment.

John Apter, national chair of the Police Federation of England and Wales, said: “I am surprised that police officers were used as a backdrop for a political speech in this way. I am sure that on reflection all concerned will agree that this was the wrong decision and it is disappointing that the focus has been taken away from the recruitment of 20,000 officers.”

The press conference came a day after the chancellor promised £750m for the first year of recruitment, with £45m to be spent by the end of 2019 to hire the first 2,000.

Police leaders have raised doubts over whether there will be enough suitable candidates or sufficient training capacity to hit the target in three years.

Analysis by The Independent suggests that more than 46,000 officers will have to be hired to hit 20,000 and replace those leaving the service, while more than half of police forces are failing to meet recruitment targets.

Even if achieved, the uplift would still fall short of the 21,000 officers lost since 2010 – and there are no plans to reverse the separate decline of 15,000 police staff. 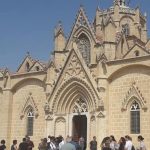 “Sorry I live in your village without your permission” 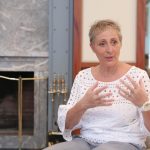 Religious freedom must not be a hostage of Cyprus talks