Allegation of an East London Mosque failing in its duty of care to deceased and family.

This secret filming was recorded at a meeting at an East London Mosque. The discussion centres around claims of malpractice in the funeral services provided at the Suleymaniye Mosque.  The video exposes inappropriate management of the service for both religious and ethical morals. Other evidence had also been previously recorded after £600 was paid to the mosque by a family who had entrusted them with having their deceased loved one prepared for burial as prescribed in Islam. The correct traditions and those practices set out for Moslems were not followed in the extreme, so much that it is alleged that the body of this man was not washed correctly or even at all, and the Imam in the video is seen and heard to be passing this off as a mistake. This is simply not acceptable. How would families of those gone before know this had not happened before. How many people are present at the ritual washing of their dearly departed as they should be?

Ordinary people put their trust in those they believe to be their guides in life. It seems that this trust has been broken at this Mosque. 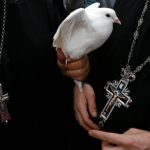 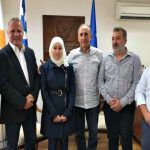 Changing hearts and minds across the green line