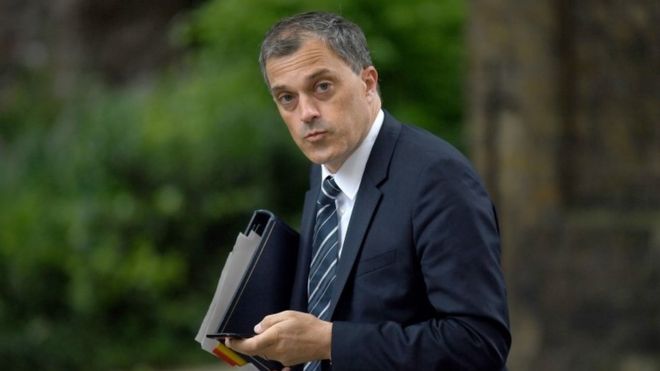 Official government papers appear to show the NI secretary clashing with the prime minister over the wisdom of suspending Parliament.

The details were revealed in the documents released on Friday by order of a judge in Scotland.

NI Secretary Julian Smith has admitted that he was not consulted about the plan to suspend Parliament before ministers were told at the cabinet.

He was responding to a question from Labour about the impact on NI.

Some MPs at Westminster have said the move will have a bigger impact on Northern Ireland, where the devolved government collapsed more than two years ago because Parliament has had to pass some key legislation in the interim.

Mr Smith said that if power-sharing talks did not succeed before Brexit, direct powers would need to be implemented “at pace”.

But minutes of a conference call on 28 August, which were marked sensitive, revealed that a minister, believed to be Mr Smith, warned Mr Johnson that the timetable for the proroguing of parliament would impact on the sitting days to pass the Northern Ireland budget bill.

He further warned that it could also potentially put at risk the ability to pass the necessary legislation relating to decision making powers in a no-deal scenario.

The secretary of state said this would be a significant decision for the future of Northern Ireland.

In the phone call, Mr Johnson replied that he appreciated the complexities and sensitivities of the situation in Northern Ireland, but that it was not clear if the answer for Northern Ireland was “more time”.

He added that it should give further impetus to restore the executive and that he would make this point to Democratic Unionist Party (DUP) leader Arlene Foster.

Parliament is set to be effectively shut down next week and is not due to return until mid-October for the Queen’s Speech when the government will lay out its program for government.

Most of the Northern Ireland political parties have criticized the prime minister’s decision as “anti-democratic”.

Mr Smith told MPs the decision to suspend Parliament was “not something that I, nor my department, was involved in”.

He said cabinet was updated shortly before the decision was announced.

He insisted his priority was to get power-sharing to return in Northern Ireland, before the UK is due to leave the EU on 31 October.

But he said if that did not happen, then the government needed to have direct powers “at the earliest opportunity”.

There have already been several warnings from government ministers that direct rule would need to be implemented in Northern Ireland if a no-deal Brexit occurred.

“Powers are needed… so that in the run-up to a deal or no deal, that the very tricky decisions can be made,” Mr Smith told the Commons.

He added that he would meet Tánaiste (Irish deputy prime minister) Simon Coveney on Friday, to discuss plans to “intensify” the talks process next week.

The chairman of the Northern Ireland Affairs Committee, Simon Hoare, said the impression from some sections of government was that Northern Ireland would be “collateral damage” in the Brexit process.

He asked Mr Smith whether Northern Ireland had been referenced in the legal advice on prorogation.

But the secretary of state said he could not comment further on the legal advice.

The secretary of state also said the government hoped to include legislation to provide compensation to victims of Historical Institutional Abuse in the Queen’s Speech.

Legislation on the matter has been stalled because of the collapse of power sharing.

NI has been without a government since January 2017, when the DUP/Sinn Féin coalition collapsed.

But Mr Smith said the government was determined to deal with the issue “once and for all”.

Direct rule was introduced again on a number of periods when power-sharing broke down, including between 2002 and 2007.

The system has so far not been re-introduced during the current impasse, but some have accused the Northern Ireland secretary of presiding over “direct rule in all but name”. 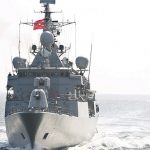 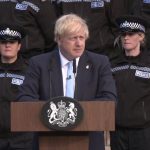