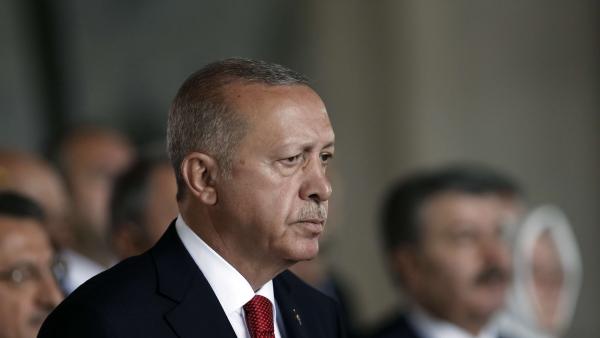 Consumer price inflation in Turkey eased to an annual 15 percent in August from 16.7 percent the previous month, beating economists’ expectations of 15.5 percent, according to official data published on Tuesday.

But it was in manufacturing prices where the most dramatic slowdown occurred – producer price inflation dived to 13.5 percent annually from 21.7 percent. Monthly prices dropped by 0.59 percent from July.

Leading observers of Turkey’s economy, including Tim Ash at BlueBay Asset Management in London, put the decrease in inflation down to Turkish firms lacking pricing power because of depressed consumer demand. Turkey’s currency crisis of last year – when the lira slumped to a record low of 7.2 per dollar – sparked a painful economic recession that pummeled consumer confidence and spending power.

But Erdoğan may not agree with the likes of Ash. In an unprecedented move in July, the president sacked the governor of the central bank for failing to cut interest rates. Since then, the bank has slashed rates by 4.25 percentage points to 19.75 percent. Erdoğan has called for more cuts saying they will help bring inflation lower and boost economic growth. Another big reduction is now likely at the bank’s next Monetary Policy Committee meeting on Sept. 12.

Investors are now questioning how far the central bank will go in support of the president now that its political independence, enshrined in an IMF accord a decade ago, has been eroded.

There could be more trouble in store for the lira should Turkey’s interest rates be seen as too low by investors and cash-hungry Turkish consumers who earn interest from their lira savings.

Erdoğan and his advisers will likely point to falling interest rates across the banking industry during August as proof that lower rates bring down inflation. They may argue that firms were able to reduce their prices because loans used to fund their operations had become cheaper to repay. Another big rate cut by the central bank will strengthen that positive trend in inflation, they may say.

Turkey’s three major state-run banks – two of which are controlled by Erdoğan directly through the country’s sovereign wealth fund – slashed interest rates on mortgages, consumer credits and business loans at the start of August to help kickstart Turkey’s economy, which is still feeling the aftershocks of the currency crisis that peaked last August. Several large non-government banks have also reduced loan costs for their clients, but not to the same degree, due to heavy government pressure.

Erdoğan’s theories on the relationship between inflation and interest rates may come partly from his experience in the business. Before entering politics as mayor of Istanbul in 1994, Erdoğan used to run a food company.

Turkish CEOs tend to borrow heavily to cover their operating expenses. When interest rates are rising, it creates uncertainty and higher costs, which companies then pass on to their customers in the form of price hikes. When interest rates are falling, firms are more willing to reduce prices because their own expenses are declining and their financial outlook becomes rosier.

As Erdoğan maps out the country’s future economic policy, the central bank’s ability to cut interest rates in the coming months will be helped by favourable so-called “base effects” from high inflation in 2018. Those effects will lead to markedly lower inflation during September and October. Consumer price inflation could slow to single digits by October.

The central bank is likely to cut interest rates by at least two percentage points to 17.75 percent at next week’s meeting, Inan Demir, an economist at Nomura in London, said in a report on Tuesday. The Monetary Policy Committee is due to convene again on Oct. 24, where further reductions could occur.

Barring a reckless programme of rate cuts by the central bank, which would have serious and immediate knock-on effects for the lira – investors may have to wait until November or later, when inflation accelerates again, to understand the real power of the central bank over interest rate policy.

The question is could new Central Bank Governor Murat Uysal – Erdoğan has called him a “friend from the finance industry” – raise interest rates when conventional economic theory dictates.

While few economists agree with Erdoğan’s stance on rates, neo-Fisherites – who use arguments put forward by Yale University economist Irving Fischer – advocate real interest rates as a tool to control inflation. The theory goes that if a central bank brings down nominal interest rates and keeps them there, then inflation will inevitably move down toward that level. Should a bank raise nominal rates and keep them high, then eventually inflation will accelerate.

Uysal’s introduction of real interest rates as a guideline for monetary policy also coincides with efforts this year by Turkish Treasury and Finance Minister Berat Albayrak, Erdoğan’s son-in-law, to bring down nominal interest rates at Treasury auctions of lira debt.

Albayrak’s unconventional move, supported by cash from state-run banks, was criticised by several local economists, who said it compromised central bank policy, upset the natural relationship between inflation and nominal rates in Turkey, and threatened to hurt banks’ profits. Furthermore, Treasury bonds are traditionally an important and reliable source of revenue for Turkey’s banks, particularly when high inflation curbs demand for loans.

Erdoğan himself has referred to real interest rates when seeking to change monetary policy in Turkey. He was particularly critical when the Federal Reserve and European Central Bank pulled down borrowing costs for consumers and businesses after the global financial crisis of 2008; moves that brought negative real interest rates in the West while those in Turkey remained high.

Even if there is truth in the theory that inflation can be lowered by reducing nominal interest rates, they cannot realistically be applied by Erdoğan and the central bank in Turkey.

Turkey’s economy, with its long record of high inflation and reliance on foreign funding and imports, requires elevated levels of interest rates to attract capital to the economy and to defend the lira against future market volatility.

The danger is that Erdoğan, backed by a compliant central bank, will lower interest rates when it is safe to do so this autumn, then fail to raise them when it is required. That could spell serious trouble for Turkey’s already maligned currency. 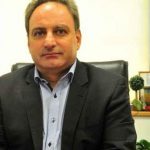 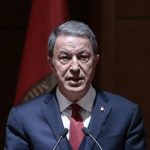