“Here’s what I think”: The Constitution’s Breaking Point 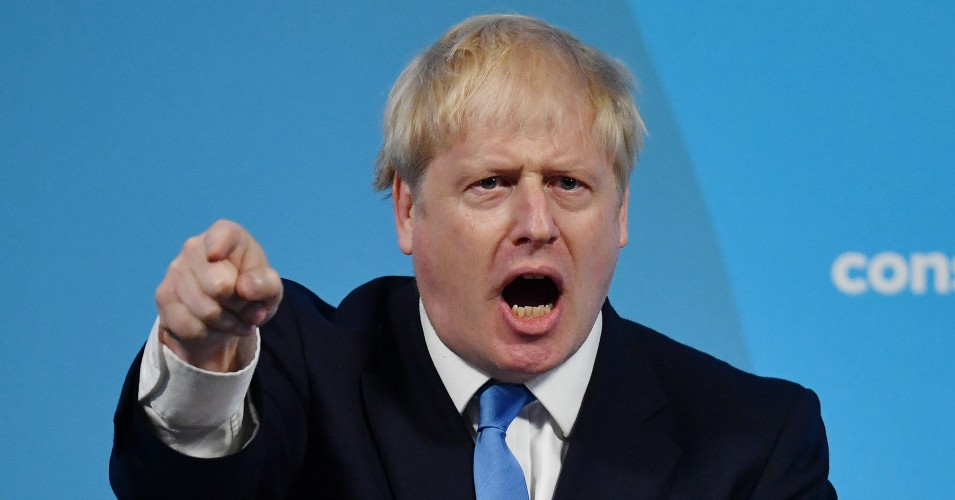 I’ve been going back and forth over the last few days deciding how to describe the last week’s events in the U.K., moving from anger and fear in the first instance, to “it’s probably not that bad” a while later, and back to “all the right people seem to be saying it is that bad” before actually having to write something down.

For those unaware, Prime Minister Boris Johnson attained permission from the Queen to suspend (or prorogue) Parliament from 4th September until 14th October. He lied that he has done this in order to have a new Opening of Parliament in October in order to push forward his domestic agenda, however to anyone with a working brain it is quite obvious that he is doing so in order to stop Parliament from scrutinising and stopping a “no deal” exit from the European Union.

Now, Parliament has been prorogued before for various reasons, most recently in 1997 by John Major, but there are a few things which make this episode extraordinary. First of all there is the length, this is the longest suspension since the Second World War (Glap 2 if you’re a regular here) and you don’t break records like that if things are completely normal. Second is the reasoning; a head of government suspending parliament because he doesn’t like its opinion is not the sort of thing that happens in functioning democracies like the U.K. used to be.

That, pretty much, is the crux of this whole saga: a head of government attempting to force through his agenda and crush his opposition by disarming and disbanding the legislature. It’s the sort of move that everyone decries when it happens in developing nations. A few months ago I wrote in this very column of my disgust at comparable actions by Nicolas Maduro in Venezuela, and Tsar Nicholas II playing similar games in 1917 triggered the Russian revolution.

your reaction to this must transcend the whole “brexit” thing

I could go on naming examples but I’m sure you get the point: what Johnson has done is a despotic move that despots make. The reality is, however, that Johnson is playing with toys far more dangerous than he knows how to handle. You can be as in favour of a no deal Brexit as you wish, and I can’t be bothered to argue that point here this week, but your reaction to Johnson’s actions in this last week must transcend the whole “Brexit” thing. You can be in favour of the end if you like (not that either of us understand why) but the means are objectively wrong.

An example that’s commonly used these days is telling people to imagine a leftist Prime Minister suspending Parliament in order to start taxing inheritance at 90% or something like that; I’m sure every Tory would be rightly outraged at Parliament being shut down then, as (I promise) would I, despite the fact that I think sky high inheritance tax is a good idea because subverting Parliament (and therefore democracy) to do so is wrong and if you call yourself a democrat, you should not be in favour of it in any circumstance.

Before you start coming back to me with “democracy is the referendum” and stuff like that, look at it like this, too: in my life I have had the opportunity to vote twice, in the last General Election and in the last European Elections. Johnson closing Parliament in order to force through a no deal Brexit is ignoring, no subverting every vote I’ve ever cast in my life.

democracy in this country has no protection, and it needs it

The consequences of this are now larger than Brexit, however. This move by Johnson has shown the massive holes in the centuries-old uncodified constitution that exists in the U.K.. If this current government is ever dethroned, it should be clear to whichever successor that the constitution in its current guise, which has convention and effectively unwritten gentlemen’s rules as its foundation, is no longer fit for purpose. This power grab undertaken by Boris Johnson, and the ease with which he has done it without breaking a single law in what used to be a functioning democracy shows both that democracy in this country has no protection, and that it needs it.

Johnson and the Tories, therefore, are now in an all or nothing game. The country is split about 50/50 in its opinion, half supporting Johnson’s every move in trying to turn the country into an isolationist dictatorship, and the other half watching on in varying degrees of horror.

While he is in (near absolute) power as he is at the moment as the unelected leader of a nation with no legislature and a constitution which he abuses as and when he sees fit, it’s all well and good for him. However, anyone from the other half of the country, or more pertinently any leader from that half, must now recognise that if and when they take power back, a new constitution; a new set of rules to play by must be created as a top priority given how open to abuse this current set have proven to be.

What we have learned, in short, is that uncodified constitutions are great so long as people are willing to act with basic decency. Prime Ministers who managed this include your favourite, your least favourite, and every single other one since the death of Charles I, but not Johnson. The trouble is with such a constitution it only takes one person to take the whole country down the toilet, and that one person managed to find himself in 10 Downing Street on this occasion.

It is possible that Johnson understands all of this, yet equally possible that he doesn’t, but either way he is acting with the hubris of a man who has never had to face consequences in his life. Whether he will or not personally as a result of his current actions remains to be seen, but the country itself one way or another must be about to undertake massive change.

What started with a referendum about Europe has now morphed into the endgame of the United Kingdom as we know it. We really now are at breaking point.