Murat Ongun, the spokesman of the Istanbul Municipality, said that the municipality had sacked 1,244 employees who were hired between the March 31 local polls and the Istanbul rerun on June 23, opposition daily Birgün reported on Friday.

According to Ongun, around 2,500 new personnel were employed in the period between the two elections.

Ekrem İmamoğlu, the opposition’s mayoral candidate, declared victory in the March 31 polls in Istanbul with a slim margin, ending the 25-year rule of the ruling Justice and Development Party (AKP) and its Islamist predecessors in Turkey’s financial powerhouse.

The AKP appealed the results after claiming election irregularities had taken place, and the country’s Supreme Election Council rescheduled a rerun on June 23. İmamoğlu widened his lead to over 800,000 on June 23 and became the new mayor of Istanbul.

Some employees of the municipality who have been sacked over the last week, have accused İmamoğlu of dismissing them without legitimate grounds and failing to keep his promise to act without political bias as mayor.

“Some misleading reports have been published in the media in relation to the canceled employment contracts of the Istanbul Municipality,” Ongun said in a written statement.

“Some 1,244 people have discharged from our municipality and all of those people were recruited either during the period between two elections or just before the (March 31) election,” he said. 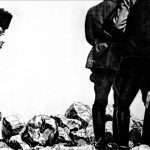