The PM has warned MPs they are damaging his chances of getting a deal with the EU by trying to block a no-deal Brexit.

Boris Johnson said the UK would leave the bloc “do or die” on 31 October – prompting some MPs to act to stop the UK leaving without an agreement.

But he said the more MPs try to block a no-deal Brexit, “the more likely it is that we’ll end up in that situation”.

It comes after the PM announced he would be suspending Parliament for five weeks over September and October.

Mr Johnson said it was to allow the government to hold a Queen’s Speech and outline its “very exciting agenda” for the future.

But critics claim his intention is to prevent any moves in the Commons to stop a no deal.

He said he was working with all the opposition parties to “challenge the government” to stop a no-deal Brexit next week and he was “hopeful” of securing the backing of the Commons.

Senior Tory Sir Oliver Letwin said MPs still had time to act next week when they return from recess and before the suspension – which is expected to begin between 9 and 12 September and last until 14 October.

Former Prime Minister Sir John Major also confirmed he would be seeking a judicial review through the courts to oppose the suspension – known as prorogation – joining forces with campaigner Gina Miller.

But a separate legal bid in Scotland to order a temporary halt to prorogation has been dismissed by a judge. However, a full hearing will now be heard next Tuesday, rather than Friday.

Mr Johnson has promised to “step up the tempo” on securing a deal with the EU before the Brexit deadline, with the UK’s negotiators set to meet their EU counterparts twice a week in the run-up to a crucial EU summit on 17 October.

Speaking to the BBC, he said: “In the last couple of weeks, there has been a great deal of movement from the EU side. They do think the UK is serious, as indeed we are, about doing a deal.

“We are working together now on serious ways that we can change the current agreement, get out of that mistake and do a deal.”

A European Commission spokesperson said its “doors remain open” and insisted it had “demonstrated our willingness to work 24/7 throughout this long process”.

But Ireland’s Foreign Affairs Minister, Simon Coveney, said it was up to the UK to “propose alternatives that can solve those problems”.

As things stand, the UK is due to leave the EU on 31 October with or without a “divorce” agreement.

The previous government, under Theresa May, agreed to a deal with the EU but it was rejected by MPs three times.

Mr Johnson said that deal would leave the UK being “bossed around by Brussels with no come back”.

And while he would prefer to reach a new deal, he said he was willing to leave without one – and maintained the UK would leave by the October deadline “no ifs, no buts”.

He said: “The best way to [leave with a deal] is if our friends and partners over the Channel don’t think that Brexit can be somehow blocked by Parliament.

“As long as they think in the EU that Parliament might try to block Brexit or might even succeed in blocking Brexit, the less likely they are to give us the deal we want.”

He added: “The weird thing is that the more the parliamentarians try to block the no-deal Brexit, the more likely it is that we’ll end up in that situation.

“So the best thing now is for us to get on and make our points to our European friends with clarity and with vigour, and that’s what we are doing.”

A number of MPs who oppose a no-deal Brexit are planning to take action in Parliament next week to force Mr Johnson to ask the EU for an extension to the deadline if a deal is not agreed in time.

MPs are remaining tight-lipped about their precise plan, but Labour leader Jeremy Corbyn said the party would attempt to bring legislation, and that a no-confidence vote to bring down the government remained an option.

BBC Newsnight’s political editor Nick Watt said a cross-party group of MPs was planning a “surgical strike”, involving an emergency debate on Tuesday and a vote to take control of the Commons agenda the following day.

It is also thought some MPs are exploring ways of ensuring Parliament can meet on the Friday, Saturday and Sunday before the planned suspension. 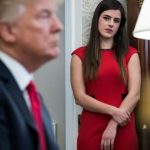 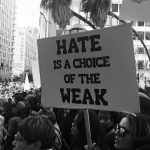