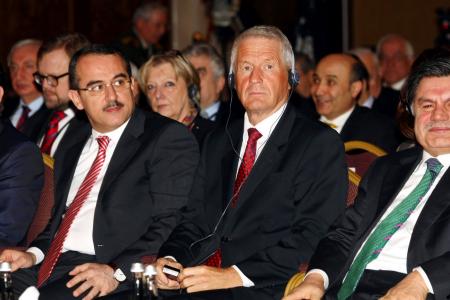 Former Turkish Justice Minister Sadullah Ergin has resigned from the country’s ruling Justice and Development Party (AKP) amid reports that the ex-minister plans to take part in a new political movement to rival the AKP.

Another three former AKP ministers – Industry Minister Nihat Ergün, Minister of Education Hüseyin Çelik and Deputy Prime Minister Beşir Atalay – have also decided to throw in the towel on the ruling AKP, however, have not made an official announcement, pro-government Yeni Akit newspaper reported.

The news of former justice minister’s resignation arrives amid growing discontent within the Islamist AKP, which has ruled the country for 17 years.

Former allies of President Recep Tayyip Erdoğan and founding members of the AKP, including Babacan and former President Abdullah Gül, have come out in criticism of the policies of the ruling party, as the weakened Turkish lira continues to fluctuate, raising fears of a double-dip recession.

Babacan, a former economy minister lauded for steering the country’s economic boom in the 2000s, in July announced his resignation and plans for a new conservative party in the wake of the AKP defeat in Istanbul’s presidential election.

The ruling AKP lost five of Turkey’s most populous provinces in the March 31 local elections, one of its biggest defeats in almost two decades in power. 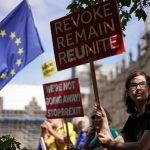 Ministry of Health has released new entry details to the TRNC