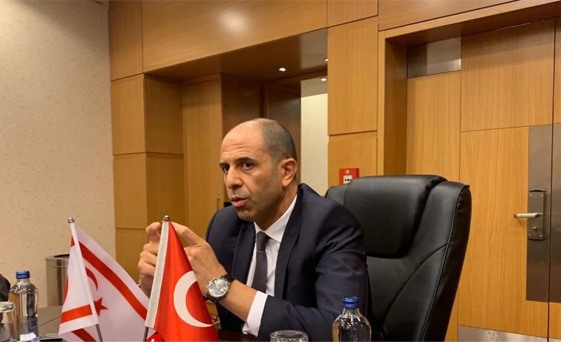 Deputy Prime Minister and Foreign Minister Kudret Özersay stated that the fact that both sides in Cyprus did not recognize each other did not mean the two sides could not cooperate and there were concrete examples in the past.

Touching upon the latest developments in the Eastern Mediterranean, during a meeting organized by the Diplomatic Correspondents Association in Ankara, Özersay said ‘our perspective is not creating conflict, our perspective is cooperation between the two sides’.

Reminding that he was told that as the two sides in Cyprus did not recognize each other cooperation is not possible, Minister Özersay underlined that the TRNC and Greek Cypriot Administration had cooperated in the past on energy issues.

Özersay pointed out that cooperation could be achieved via international companies if they conditionally require the approval of both sides of the island and the fair share of natural resources in order to transfer the hydrocarbon resources of the island to global markets.

At least Greek Cypriots would have to cooperate with Turkish Cypriots in that specific issue. Mentioning that the TRNC and Turkey will be taking more steps on the issue in the event of the international actors failing to persuade the Greek Cypriots to cooperate, Özersay said ‘This, of course, will not mean using force but to expand our drilling activities.

Today, we are at the point where the balance in the Eastern Mediterranean region, which was distorted, is restored, and if we hadn’t carried out this work and not developed this balance in the field, the possibility of conflict would be very high.’ On the other hand, Özersay stated that the policies pursued in the Eastern Mediterranean were independent of the Cyprus negotiations process.

Minister Özersay stressed that the Turkish Cypriots have talked with the Italian Eni company and said ‘We had a dialogue, theoretically, on the issues of how and at what stage we can have cooperation. Also, the other companies with which we had dialogue have signaled that they are open to discuss formulas in which Turkish Cypriots will be included, thus reducing the risk.’

Also touching upon the issue of Maraş, Özersay reminded that an inventory on immovable and other properties in the fenced-off city was currently being prepared, and he reiterated the government’s intention to take action once the inventory was completed. “Our government’s position on the matter is clear, that is the fenced-off city of Maraş needs to become part of everyday life in the area without waiting for a solution. The rights of former residents and the Evkaf Administration will not be ignored.” 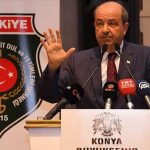 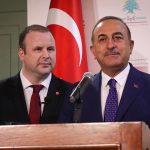 Çavuşoğlu : “Any agreement in the Eastern Mediterranean that does not include the Turkish Cypriot people or Turkey is not valid”