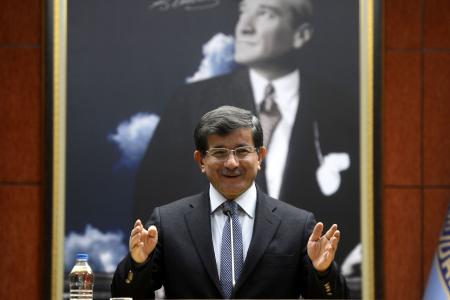 Extended video footage of a recent speech by former Prime Minister Ahmet Davutoğlu, in which talked about a series of bombing attacks and violence that swept Turkey in 2015, reveals that the former ally of President Recep Tayyip Erdoğan believes AKP officials and the leader of Turkey’s Nationalist Movement Party (MHP) were implicated in the events.

The 60-year-old former prime minister earlier this week pointed the finger to Turkish politicians over a series of attacks that rocked the country in 2015, stating that investigations into the attacks would implicate a number of political figures.

”If the terror-related cases are investigated, many people will not be able to go out to face the public. Those who criticize us now cannot go into the public. I am telling you this frankly.  Do you know why? When Turkish history is written in the future, the period between June 7 and November 1 will be one of the most critical times,” Davutoğlu said on Friday, referring to the events in 2015 when he was serving as prime minister.

Davutoğlu began coalition negotiations with the main opposition Republican People’s Party (CHP), while Turkey’s peace process that started in 2009 to solve the country’s more than three-decades-long Kurdish conflict ended when a group allegedly linked to the outlawed Kurdistan Workers Party (PKK) carried out an attack killing two policemen in July 2015. The PKK later denied the involvement with the police killing and all suspects arrested in relation to the incident were released after trials.

On July 20, 2015, a massive explosion in Turkey’s southeastern town of Suruç during a meeting of a mainly Kurdish youth group killed 33 people and wounded dozens more, mostly university students planning to help rebuild neighboring Kobane in Syria. The explosion marked the beginning of a series of attacks by the Islamic State (ISIS) inside Turkey.

Turkish President Recep Tayyip Erdoğan on Aug. 24, 2015, called for snap elections to take place on Nov. 1, saying that efforts to form a coalition had failed. Davutoğlu headed an interim AKP government until the November polls.

Meanwhile, the Turkish military launched operations in Turkey’s mainly Kurdish southeast provinces against what it said was the urban organizational structure of the PKK.

Turkey witnessed the deadliest bombing in its history on Oct. 10, weeks before the November parliamentary elections. Two ISIS suicide bombers blew themselves up in the midst of a crowd made up largely of leftists and Kurdish sympathizers that had gathered for a peace march in Ankara, killing 109 civilians and wounding some 500.

After months of political uncertainty and terrorist attacks, the AKP regained control of parliament on Nov. 1, 2015.

Davutoğlu, who was sidelined by Erdoğan in 2016 and resigned from office, has been reportedly working to establish a new Islamist political party to rival the ruling AKP.

Following his statements on Friday, a name close to Davutoğlu known for controversial social media posts, Taha Ün, took to Twitter on Saturday to share excerpts from the controversial speech by the former prime minister, in which he points the finger to Erdoğan ally MHP leader Devlet Bahçeli and members of the ruling AKP.

Davutoğlu was referring to the “person who evaded a coalition despite the AKP’s insistent and sincere efforts and who saw no problem in leaving Turkey without a government for the sake of a few votes during the height of the war on terror,’’ MHP leader Bahçeli, Ün wrote.

“The other segment that would not be able to face the public’’ if the truth were to come out about the terror attacks of 2015 are those who “stabbed Davutoğlu in the back’’ during the Sept. 12, 2015 party congress, Ün said.

Davutoğlu in the video blasted those who “were scheming for general assembly meetings” behind his back while he visited cities stuck by terror attacks, referring to members of the ruling AKP.

Many social media users in Turkey had asked Davutoğlu to clarify the events in 2015, sending mentions to the former prime minister.

“Davutoğlu should explain whatever he knows immediately. Otherwise, his words will remain an effort for political gain. Moreover, hiding the truth is a crime. Between June 7 and November 1 bomb exploded, people died, we became a society of fear. We have not forgotten,” said Faruk Bildirici, a respected veteran journalist and a member of Turkey’s media watchdog RTÜK, on Twitter.

Mehmet Bekaroğlu, a CHP lawmaker, also called on Davutoğlu to reveal the facts. “Come on, do this good deed for this country,” he said to the former prime minister on Twitter.

“The period between June 7 and November 1 was a period when terrorism was used as a method of election propaganda,” said Ali Şeker, another CHP lawmaker. “Davutoğlu, prime minister at the time, says those who created a climate of terror at that time, during which our terror-related inquiries were rejected and terrorist massacres happened blatantly, are still among us.”

“What happened Mr. Davutoğlu? Who did what? Why can’t they face the public? Let’s not wait for history to write it. You tell us,” said Ümit Özdağ, a lawmaker from the nationalist Good (İYİ) Party.

Suruç Aileleri, an initiative established by the relatives of Suruç bombing victims, also said that Davutoğlu should give an account of the events of 2015.

“For what reason did we die and become wounded?,” the initiative asked the former prime minister on its Twitter account. 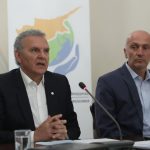 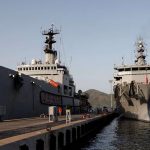