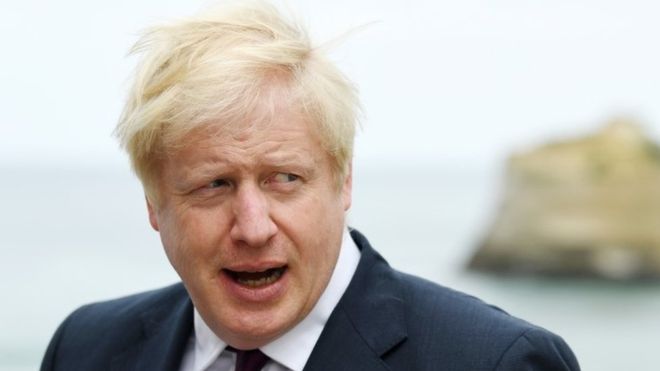 Boris Johnson has said the chances of a Brexit deal are “touch and go” – having previously said the odds of a no-deal Brexit were “a million to one”.

In a BBC interview at the G7 summit in France, he said it “all depends on our EU friends and partners”.

When pressed on the chances, he said: “I think it’s going to be touch and go. But the important thing is to get ready to come out without a deal.”

Mr Johnson has repeatedly said the UK will leave the EU on 31 October.

Asked if people would still be able to get their medicine if there was a no-deal Brexit, the prime minister said: “That is certainly a guarantee that we can make.”

But he added: “I do not want at this stage to say there won’t be unforeseen difficulties.”

Mr Johnson has previously said the UK must leave on 31 October “deal or no deal”, but that the chances of a no-deal Brexit happening are a “million to one”.

Speaking at the G7 summit on Sunday, he reiterated his desire to scrap the backstop from the current withdrawal agreement, saying it could keep the UK “locked-in” EU rules if a trade deal is not agreed after Brexit.

He said: “I think in the last few days there has been a dawning realization in Brussels and other European capitals what the shape of the problem is for the UK.”

Mr. Johnson said he was an “optimist” and thought the EU would understand there is an “opportunity to do a deal”.

The PM also said if there is no deal, the UK would keep a “very substantial” part of the £39bn Theresa May had agreed to pay the EU in her withdrawal agreement.

The G7 summit – a get-together of most of the leaders of the world’s largest economies – comes with just over two months until the UK is scheduled to leave the EU at the end of October.

Mrs. May struck a withdrawal agreement with the EU – the so-called “divorce deal” – but British MPs rejected the deal three times.

Mr. Johnson wants to remove the Irish backstop from the deal but the EU has consistently ruled this out, saying it will not renegotiate the agreement.

If implemented, the backstop – a last resort should the UK and the EU not agree with a trade deal after Brexit – would see Northern Ireland staying aligned to some rules of the EU single market.

It would also see the UK stay in a single customs territory with the EU, and align with current and future EU rules on competition and state aid.

This week German Chancellor Angela Merkel suggested there could be an alternative to the backstop but the onus was on the UK to find it.

But the next day French President Emmanuel Macron said the backstop was “indispensable” to preserving political stability and the single market.

Also on Sunday, the PM met President Donald Trump to discuss a trade deal between the UK and the US.

Mr. Johnson said the US’s aim to strike a deal within a year was “going to be tight”, adding: “These [Americans] are tough guys.”

Mr Johnson also met European Council President Donald Tusk, who he clashed with on Saturday over who would be “Mr. No Deal” – the person to blame in the case of a no-deal Brexit.

Meanwhile, former chancellor Philip Hammond has written to the PM about the leaked Operation Yellowhammer documents on preparations for a no-deal Brexit.

He said it was now apparent the document was dated August 2019, and therefore could not have been leaked by a minister from Mrs. May’s government. 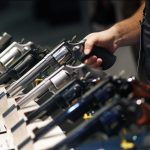 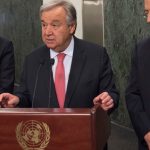