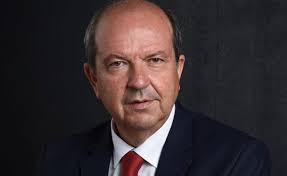 Prime Minister Ersin Tatar said today “I think it is extremely dangerous for us to come to the table again within the Guterres framework”.

Tatar was quoted as saying this in Ankara as part of his first official visit to Turkey.

Stating that the TRNC government has made extraordinary efforts to overcome the economic crisis and re-enter the growth process of some sectors, Tatar emphasized that the developments in the Eastern Mediterranean are among the priority agenda items of the government.

Over the Economy, Eastern Mediterranean, and Varosha, as well as tourism, Tatar said that they are in consultation with Turkey.

“Turkey as guarantor is vital FOR US”

Tatar stressed the importance of contributions and assistance to the development and strengthening of the TRNC and added, “The prospect of a partnership or a federal-based agreement with the Greek Cypriots is no longer visible from the international negotiations.” said.

Turkey’s unilateral right was to intervene as a guarantor country, Tatar voicing the most important aspects of the 1960 agreement.

Tatar, “no matter what shape any agreement takes, the guarantee of the Republic of Turkey is of vital importance for us.” he said.

Tatar said, President Akıncı, GASC leader Anastasiades and UN Secretary-General Guterres are expected to come together for a  tripartite meeting, which will affect the Cyprus issue.  The Crans Montana talks ended, despite the flexibility and goodwill shown by the Turkish Cypriot side.

On Akıncı’s return to the TRNC said “This was the last chance of our generation. The last chance was lost, lost! After this time, maybe we can talk about two states under the roof of the EU.”

Tatar, referring to the words continued:

“Now we ask Mr. Akinci in Cyprus, ‘What happened to you, again? to enter a negotiation process or adventure from the same point?’ Because there is no change on the ground. Why would you drag the Turkish Cypriot people from the same spot and make us experience those exciting adventures again? ”

Tatar added that Turkish Cypriots, by underlining that a deal is in favour of continuing the guarantor rights, on the basis of two separate states in Cyprus and the Republic of Turkey, said:

“The Greek Cypriots are not ready to make a deal with the Turkish Cypriots based on a federal system, they will not accept it”.

“COMING TO THE TABLE IN THE  GUTERRES FRAMEWORK IS DANGEROUS”

Tatar, on the Greek Cypriot side’s approach to the fair distribution of hydrocarbon resources in Cyprus, said “According to them, they are the main owners of Cyprus. I can never say yes to such a thing.

“I think it is extremely dangerous for us to come to the table within the framework of Guterres again because they do great injustices to the Turkish Cypriots.

Prime Minister Tatar said that they closely follow this process, “Let them know that no one is alone. This is a national issue, an issue of the national. According to that, he warned that everything will be evaluated when the day comes.”

Ersin Tatar emphasized that the TRNC was born as a result of a national struggle, tens of thousands of martyrs were given in this struggle and many costs were paid and said, This is a very important national issue. He reinforced that the position of the TRNC in the Eastern Mediterranean is very important. 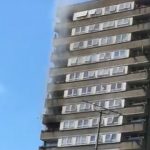 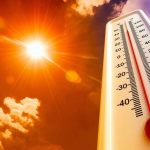