The European Court of Human Right (ECHR) has given Turkey until the end of October to present evidence that a ban on Wikipedia is in line with European human rights standards, Deutsche Welle reported on Wednesday. Turkish authorities banned the online encyclopedia in April 2017 after one of the site’s entries, which are edited and uploaded by users, described the country as a “state sponsor of terrorist organizations” including al-Qaeda and the Islamic State.

Europe’s top human rights court decided to prioritize the non-profit Wikimedia Foundation’s bid to reverse the ban as it does for all freedom of expression cases concerning Turkey, according to DW.

The court examined Wikimedia Foundation’s application in July and announced this week a list of questions to be asked to the government of Turkey and the plaintiff.

The ECHR asked both sides to provide opinions on whether domestic remedies have been exhausted in relation to an appeal submitted by Wikipedia to Turkey’s constitutional court in 2017. The ECHR also wanted information on the attitude of Turkey’s top court toward internet bans.

The European Court also asked both sides to send opinions on whether the ban on Wikipedia was in line with the European Convention on Human Rights by Oct. 31, DW said.

If the court agrees to pursue the case, several international media organizations can apply to become part of the case. There is also a possibility Turkish authorities and the Wikimedia Foundation reach a consensus during the process, DW said. 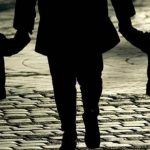 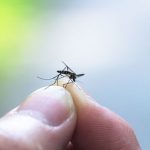