Patricia Hewitt was forced to apologise after it was revealed that she had called for the age of sexual consent to be lowered to ten.

The document published in the former Labour cabinet minister’s name also called for incest to be legalised.

A National Council for Civil Liberties (NCCL) press release quoted in The Sun issued in Miss Hewitt’s sole name in Mach 1976 read: “NCCL proposes that the age of consent should be lowered to 14, with special provision for situations where the partners are close in age or where the consent of a child over ten can be proved.”

The document, which relates to an NCCL report on sexual law reformed continues: “The report argues that the crime of incest should be abolished.

“In our view, no benefit accrues to anyone by making incest a crime when committed between mutually consenting persons over the age of consent.”

Miss Hewitt, who was general secretary of the NCCL from 1974 to 1983 said: “I take responsibility for the mistakes we made. I got it wrong on PIE and I apologise for having done so.

Miss Hewitt finally broke her silence and apologised for her role in the scandal after The Telegraph asked her to explain why the NCCL of which she was general secretary had pledged its “protection and support” for prominent paedophile group the Paedophile Information Exchange (PIE).

Miss Hewitt said she had been out of the country for the past 12 days as the scandal over the links has been growing and apologised for her association with the group.

She said: “NCCL in the 1970s, along with many others, was naïve and wrong to accept PIE’s claim to be a ‘campaigning and counselling organisation that ‘does not promote unlawful acts’.

“I should have urged the council to take strong measures to protect NCCL’s integrity from the activities of PIE members and sympathisers and I deeply regret not having done so.”

Miss Hewitt later became press secretary to Labour leader Neil Kinnock. She was an MP for 13 years to 2010 and served as a Health Secretary in the last Labour government.

Her admissions place further pressure on Harriet Harman, the deputy Labour Leader who served as a legal officer for the NCCL from 1976 to offer a full apology for her own links to the paedophile organisation.

Miss Hewitt’s frank admission that “got it wrong” contrasts sharply with Miss Harman’s insistence that she has “nothing to apologise for.”

Miss Harman has insisted that PIE was confronted by NCCL in 1976 and “pushed them to the margins.”

However, the pressure was building on her to offer a full apology over links. Rob Wilson, the Tory MP for Reading East, said: “It is right and welcome that Patricia Hewitt has apologised.

“It makes it hard to see why others involved would not wish to do the same.” 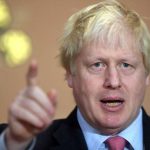