Antonio Basco was expecting a near-empty church for the funeral of his wife who died in the El Paso mass shooting in Texas, US, in August.

Mr Basco said he did not have family so he invited the community – but was shocked to find people queuing to get in.

The size of the crowd was so huge that the funeral company had to move the service to a larger facility.

As he walked in, Mr Basco said: “This is incredible.”

About 700 people queued to pay their respects to Margie Reckard, 63, one of 22 people killed when a gunman opened fire at a Walmart store.

The line went around the church and along another road.

Many people came from across the US.

Hala Hijazi travelled from San Francisco to attend the service. She said that she read Tony Basco’s story and knew she had to attend.

“It pierced into my heart and soul and made me book a flight to El Paso. We need to show when America is in pain, we are all in pain,” she said.

According to the New York Times, about 900 floral arrangements sent from as far afield as Asia were sent to the service.

Some were sent from Dayton, Ohio, where another mass shooting killed nine people just hours after the attack in El Paso.

It was standing-room-only inside the El Paso venue.

The service included singing and a mariachi band.

Dean Reckard, Margie Reckard’s son from another marriage, said his mother “loved everyone regardless of colour, religion or politics”.

He added: “Everywhere I look, I just see all these flowers. I don’t think I’ve ever seen this many flowers.”

Her grandson Tyler said: “People were telling me they came from different faiths, different cities. It’s just incredible how much love and support every single one of you has shown.”

Mr Basco and Ms Reckard met at a bar in Nebraska 22 years ago and eventually settled in El Paso. They enjoyed traveling around the US by train.

“She was a lady and she was the love of my life.”

After hearing Mr Basco’s story, the funeral home director told the BBC they had decided to cover the full cost of the funeral.

Harrison B Johnson said: “We have had a tremendous outpouring of support after we shared the post. It is our privilege to honour and serve the community to try and make that burden lighter after a tragedy that has devastated our community.

“We just wanted to do our part to help in some small way.” 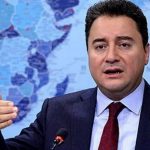 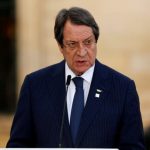 its heartbreaking and thats why i posted this