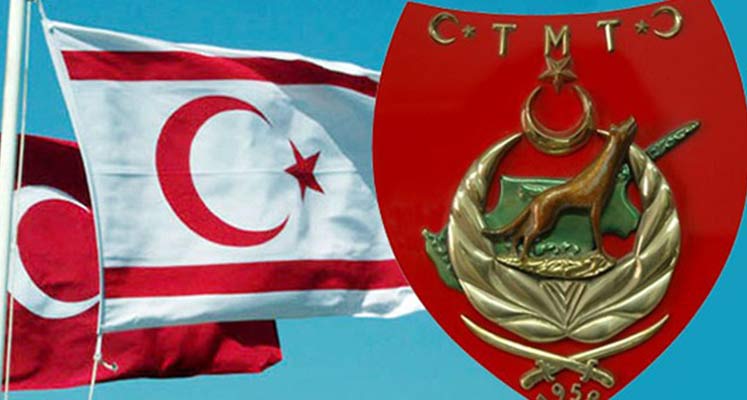 which do not recognize the right to self-determination and independence of all peoples still under colonial and foreign domination and alien subjugation, notably the peoples of Africa and the Palestinian people.”

The right to self-determination by the colonial peoples in the decolonization context, was understood to be realized, against the former colonial powers within the doctrine of uti possidetis. The doctrine of uti possidetis which has frozen the colonial boundaries of the decolonized territories in their process toward independence stood central in the post-colonial world order as a principal. After decolonization, peoples are still able to exercise their self-determination only internally against their central government.

Similarly, the principle of territorial integrity lies at the basis of the contemporary international system, which is state-oriented. Any measures, which tend to encourage territorial separation, would be considered disruptive of the system and therefore unacceptable. Paragraph 6 of the Declaration on the Granting of Independence to Colonial Countries and Peoples, considered by most African and Asian nations “as a document only slightly less sacred than the Charter,” states: “Any attempts aimed at the partial or total disruption of the national unity and the territorial integrity of a country is incompatible with the purposes and principles of the Charter of the United Nations”. The prohibition on the use of force as contained in Article 2(4) of the UN Charter and the doctrine of non- intervention could also be invoked to discourage outside groups from giving assistance to those demanding secession. Nevertheless, as the subsequent discussion will show, there are equally persuasive legal prescriptions under which a qualified right to secede could be considered valid (Nanda, 1981, p.264).

2.  TERRITORY AND THE PEOPLES

There is no settled definition of the term “people” in international law. The concept of people in international law has traditionally referred to the “territorial unit of self-determination.” This “whole people” approach can be seen in the penultimate paragraph on self-determination in the UN Declaration on Friendly Relations, referring to people as “the whole people belonging to a territory.”

The people do not necessarily include the whole population of an existing state. As the Canadian Supreme Court in its Advisory Opinion on the legality of the (possible) secession of Quebec has put it: “… the reference to “people” does not necessarily mean the entirety of a state’s population. To restrict the definition of the term to the population of existing states would render the granting of the right of self-determination largely duplicative,… and would frustrate its remedial purpose.” The separation of ‘state’ (population of the state) and people raised new

and difficult questions: if the people could not be equated with the population living under the jurisdiction of an existing state, how would it then be possible to identify the existence of a people entitled to self-determination? In international practice, (at least) three criteria have been suggested to identify “a people”: objective criteria (common language, culture, history, etc.), subjective criteria (the will to be recognized as a people) and territorial grievances. It goes without saying that the above-mentioned criteria still leave the precise meaning of the term “people” uncertain. In the colonial context, this problem could be “solved” by characterizing the inhabitants of a separate colonial territory as “a people” entitled to self-determination, irrespective of the possible ethical and cultural differences between the groups living on that territory (Werner, 2001, 1975-1976).

3.    SELF-DETERMINATION OF TERRITORIES UNDER THE PRINCIPLES OF UTI POSSIDETIS

The problem is that, during this transition, the United Nations continued to refer rhetorically to the right of all peoples to self-determination when what it really meant was the right of colonial territories to independence (Hannum, 1998, p.775). A territorial right to independence for former colonies replaced the nineteenth-century principle of allowing ethnic, linguistic, or religious groups to form various kinds of political units that might or might not become independent states. In the post-colonial period, what I would identify as the third phase of self- determination, some are attempting to join those two principles in order to create  a new right in international law: the right of every people – defined ethnically, culturally, or religiously – to have its own independent state (Hannum, 1998, p.776).

Cyprus first came under Britain’s control in 1878 through the Treaty of Berlin from the Ottoman Empire. When the Ottoman Empire joined the Central Powers in World War I. Till the World War I, the peoples living in Cyprus where the citizens of the Ottoman Empire. Britain formally annexed the island in 1925 and, it became a crown colony. In 1928, the Cyprus Government staged celebrations on the island’s fiftieth anniversary of English occupation. The Greeks-Cypriots took no part. The Archbishop of Cyprus Kyrillos III sent a memorandum to the British Government in which among other things he said: “For 50 years we have been kept away from the motherly arms, we are being kept

away even now, despite the unanimous opinion, we expressed many times, on many occasions and in as many ways, to unite with our Motherland Greece.” The British government officially refused the request of a Greek Cypriot delegation for union between Greece and Cyprus in 1929. In 1929 a Cyprus deputation headed by the Bishop of Kition Nicodemus Mylonas, went to London to petition for the union of Cyprus with Greece. The Colonial Secretary Lord Passfield on 28 November stated the following on the issue: “My answer on the enosis issue cannot but be the same as the one given by successive Colonial Secretaries to similar demands in the past, that His Majesty’s Government is unable to accede to it. This matter has, in their opinion, definitely closed and can no longer be usefully discussed” (Varnavas, 2018, p.15-16). Enosis is the movement to secure the political union of Greece and Cyprus. Origin of the word Enosis comes from modern from Greek henõsis union, from henoun to unite, and from hen-, heis one.

Enosis agitation against the British first became violent in 1931. In October 1931, colony government attempts to balance the budget and revamp the education system led to disturbances, a refusal to pay taxes, and the boycott of British goods by the Greek Cypriots. Greek Cypriots burned a police car and the governor’s residence. Governor of Cyprus at the time Sir Ronald Storrs called out the police force and army units to restore order. Six civilians were killed, thirty were wounded, and four hundred arrested. Thirty-eight policemen were injured. Several high-ranking members of the Greek-Cypriot clergy, who were thought to have been involved in inciting the crowd, were exiled. This display of force temporarily restored order, but the events of 1931 were a harbinger of the violence to come. The end of World War II reinvigorated the enosis movement. In the aftermath of the Second World War, the Greek Cypriot majority on the island of Cyprus voiced the desire for enosis in the name of self-determination as written in the Charter of the UN. Contrary to the aspirations of most colonies, this claim did not mean independence, but the union of the island with an already existing state, Greece. While a preponderance of the island’s Greek Cypriot majority of nearly eighty percent supported becoming part of the Greek state, the Turkish Cypriot minority of nearly twenty percent (a holdover from three centuries of Ottoman control) opposed it with near unanimity. This fundamental divide pitted Greece and Turkey against each other (Novo, 2010). 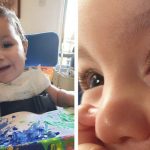