A war of national liberation is an armed conflict contested between members of a stateless people, or a national liberation movement seeking their independence, and colonial or occupying power, or racist regime, controlling the territory for which independence is sought. The concept was developed during the 20th century in the context of competition between socialist and capitalist States and between colonial powers and emerging nationalist movements (Max Planck Encyclopaedia of Public International Law, 2019). A liberation movement can be understood as a movement asking for the independence of a particular nation to fight for the right to self-determination.

National liberation movements constitute a category of armed non-state actors that appeared predominantly in the decolonization period and relate to peoples’ self-determination with their objective (self-determination), the quality  of their constituency (peoples) and the conduct and/or quality of the opposing

government. In essence, national liberation movements constitute the self-help vehicle of peoples to achieve self-determination (Mastorodimos, 2015, p.72). Decolonization concerned territories that are “geographically separate and distinct ethnically and/or culturally from the state administering it” and the groups or communities living in these territories.

Recognition of national liberation movements differs substantially from classic forms of recognition in international law, although it resembled recognition of the government in line with its legitimacy or a government-in-exile, in the event of total lack of territorial control (Mastorodimos, 2015, p.81).

2.   LEGALITY OF THE USE OF FORCE BY THE NATIONAL LIBERATION MOVEMENTS

Having declared colonialism illegal and recognized the legitimacy of armed struggle for national liberation, the question arises as to the compatibility of this with the relevant provisions of the Charter denouncing the use of force. First national liberation movements are not members of the United Nations and it would, therefore, seem that its provisions prohibiting the use of force do not apply to them. But the United Nations has an objective personality and its General Assembly and Security Council are charged with the function of maintaining world peace and security. Some academicians define the maintenance of colonialism as an “’aggressive war”, and comes to the conclusion that the legality of armed struggle for national liberation would securely rest on self- defense recognized in Article 51 of the Charter. It is; however, one thing to say that colonialism and its practice is illegal, and it is another thing to say its armed support constitutes aggression. In any event, self-defense, as contained in the Charter and in traditional law, is a right appertaining to states and not to quasi- international persons. Perhaps the illegality of colonialism would provide a legal cover for states that openly support liberation movements for then, they could

argue that their actions no longer constitute intervention since the practice of colonialism has been outlawed (Uchegbu, 1977, p.78).

The UN General Assembly was the ideal forum where its declarations and resolutions supported the military and legal struggles these peoples were facing. The 1960 Declaration on the Granting of Independence to Colonial Countries and Peoples endorsed the right to self-determination of all peoples in order for them to exercise their sovereignty among the other members of the international community of States.

The UN General Assembly itself has tried, since the resolution 1514, to work out “a legal statute” for wars of national liberation, submitting them to a different discipline from those regulating civil wars. Numerous resolutions were adopted within the framework of “the implementation of the Declaration on the granting of independence to colonial countries and peoples“; their aim was to “legitimize” anti-colonial struggles, to legalize aid given to liberation movements by third States, to provide the so-called freedom-fighters with  adequate protection; this was to be done by requesting the government in power to comply with humanitarian law including the 1949 Geneva Conventions. Such resolutions clearly confine the concept of wars of national liberation to anti-colonial struggles both when the resolutions concern, implicitly or explicitly, well-defined territories or situations and when they are drawn up in more general and abstract terms (Olalia, 2019).

The 1965 Declaration of UN on the Inadmissibility of Intervention in the Domestic Affairs of States and the Protection of Their Independence and Sovereignty (UNGA Resolution 2131)1 reiterated the need to eliminate “colonialism in all its forms and manifestations“. The  Declaration on Principles of International Law Concerning Friendly Relations and Co-operation among States in Accordance with the Charter of the UN contained in General Assembly resolution 2625 of October 24, 1970, recognize self-determination as principle of international law, and it gave rise to the right of peoples and the corresponding duty of every state to respect it. The Declaration has been construed to have legalized

Under the 1970 Declaration, a movement representing a people in their actions against, and resistance to, such forcible action used to deny them their right to self-determination, are entitled to seek and receive outside support. Furthermore, third parties who assist such liberation struggles are not deemed to have breached the duty of non-intervention in the domestic affairs of another state, for such assistance is precisely in accordance with the purposes and principles of the Charter itself. The text of the 1970 Declaration shows that both non- intervention, and self-determination is enshrined as principles of international law in the same instrument, such that the exercise of one cannot possibly be deemed to be in breach of the other co-equal principle. There is, therefore, a built-in “exception” in favor of self-determination. The 1970 Declaration, therefore, implies that such a movement is capacitated as an international actor to deal directly with outside states. And, regardless of the 1970 Declaration grants international locus standi to those movements, at the very least, it expressly and effectively cracks the protective shell of domestic jurisdiction. This whole chain of development was recognized by the International Court of Justice in its dictum in the 1970 Advisory Opinion on Namibia (Dabone, 2011, p.407) as: “the Court must take into consideration the changes which have occurred in the supervening period, and its interpretation can not- remain unaffected by the subsequent development of law, through the Charter of the United Nations and by way of customary law. Moreover, an international instrument has to be interpreted and applied within the framework of “the entire legal system prevailing at the time of interpretation” (Augiling, 1983, p.70).

The Declaration, as it was observed, resolves several intricate and controversial problems posed by cases of violent  self-determination, to with: (a) It clearly states that the “forcible action” or force which is prohibited by Article  2, paragraph 4 of the Charter is not to be used for the peoples struggling for self- determination but that which is resorted to by the colonial or alien governments  to deny them self-determination. (b) Conversely, by armed resistance to forcible denial of self-determination – by imposing or maintaining by force colonial or alien domination – is legitimate under the Charter, according to the Declaration.

(c) The right of liberation movements representing peoples struggling for self- determination to seek and receive support and assistance necessarily implies that they have a locus standi in international law and relations. (d) This right also necessarily implies that the third States can treat with liberation movements, assist and even recognize them, without this being considered a premature recognition or constituting an intervention in the domestic affairs of the colonial or alien government” (Olalia, 2019).

In 1970, the General Assembly adopted a resolution on the Programme of Action for the Full Implementation of the Declaration on the Granting of Independence to Colonial Countries and Peoples (UNGA Resolution 2621) where it reaffirmed “the inherent right of colonial peoples to struggle by all necessary means at their disposal against colonial Powers which suppress their aspiration for freedom and independence” (Vanhullebusch, 2012-2013, p.8). Resolution 2621 affirmed that all freedom fighters under detention shall be treated in accordance with the relevant provisions of the Geneva Convention relating to the Treatment of Prisoners of War of 12 August 1949.

The UN General Assembly resolution 2649 on “The Importance of the Universal Realization of the Right of Peoples to Self-Determination and of the Speedy Granting of Independence to Colonial Countries and Peoples for the Effective Guarantee and Observance of Human Rights (1970)” declared that the legitimacy of the struggle of peoples under colonial and alien domination recognized as the right to self-determination to restore to themselves by any means at their disposal. It also allowed these peoples to have recourse to self-defense under Article 51 of the UN Charter against such forcible actions, usually under the form of armed aggression by the colonial powers (Vanhullebusch, 2012-2013, p.8). In resolution 2787 of December 6, 1971, the General Assembly confirmed the legality of the people’s struggle for self-determination. In resolution 3070 of

Closer to the end of the decolonization process, in 1973, the General Assembly adopted a resolution on the Implementation of the Declaration on the Granting of Independence to Colonial Countries and Peoples (UNGS Resolution 3163)2 where it called for further “moral and material assistance” to the peoples who were still fighting against colonialism. In 1977, the General Assembly adopted another resolution on the Importance of the Universal Realization of the Right of Peoples to Self-Determination and the Speedy Granting of Independence to Colonial Countries and Peoples for the Effective Guarantee and Observance  of Human Rights (UNGA Resolution 32/14)3 where it urged the international community of States to remain committed to respecting the right of self- determination for the remainder of “oppressed peoples“, such as in South West Africa, Southern Rhodesia, Western Sahara, and Palestine. All these declarations and resolutions were constantly reminding the international community of States of the principle of equal rights and self-determination of all peoples and the respect they owed to those fundamental principles, which forms the basis of the international legal and political order (Vanhullebusch, 2012-2013, p.9). 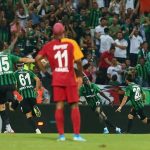