Nearly 30 Turkish nationals died during the Muslim Hajj in Saudi Arabia over the past week, Turkey’s top cleric told reporters.

“28 Turkish citizens passed away during the Hajj pilgrimage season,” Ali Erbaş, head of the Religious Affairs Directorate, said on Monday as he wished God’s mercy on those who died and offered condolences to their relatives, according to Hurriyet Daily News.

The Hajj pilgrimage is one of the pillars of the Islamic faith — a ritual that must be performed by all Muslims, if financially feasible, at least once in their lives.

For five days in the final month of the Islamic calendar, Muslim pilgrims converge in Mecca, where they circumambulate the Kaaba seven times, drink sacred waters of Zamzam and perform other rituals.

Every year, dozens of the 2 million pilgrims die, due to heat exhaustion, dehydration or natural causes. This year, at least 80 pilgrims have so far been reported dead, including 29 Bangladeshis, according to Breitbart. 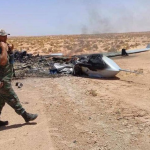 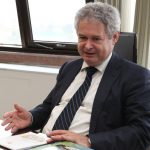 Work of bicommunal technical committees to be reviewed