Police’s cybercrime unit is investigating a case of forgery online to crowdfund for donations for the funeral of British Cypriot astrophysicist Natalie Christopher who was found dead in Ikaria on Wednesday after a fall during an apparent climbing accident.

Police launched their investigation after a complaint was submitted by one of Natalie’s friends saying that the crowdfunding page had been set up in her name without her knowledge or consent.

“The public should be informed that this is a scam and is urged to be particularly careful and not make any donations,” police said.

Friends were alerted to the scam on Thursday night with both the Cyprus Trail Runners — who will tomorrow hold a run for Natalie at Athalassa and Saskia Constantinou issuing warnings.

“Within all the tragedy of losing Dr. Natalie Christopher, someone has used my name to start a so-called Funeral Fund. This is totally illegal and has not been initiated by me. I have reported to the relevant authorities and will prosecute to the full extent of the law for those responsible. Please – DO NOT DONATE to ANY fund-raisers for Natalie Christopher’s Funeral,” wrote Saskia Constantinou.

The club also posted a moving tribute from Francine Clough, an Australian criminologist who was on holiday on Ikaria, when she heard through social media about the search for Natalie.

Despite not knowing any of the clubs, she dropped everything and used her expertise to help organize and coordinate the volunteer search for Natalie, the Cyprus Trail Runners said.

A Greek pathologist who examined the body on Wednesday said Natalie had died instantly after a fall.

The peace activist known for her love for the sciences and sport had gone for a run in Ikaria on Monday — hours before she and her partner were due to return to Cyprus.

Her body was found at the bottom of a 20-meter ravine in difficult terrain about 1.5 km from the hotel where the couple was staying. It is believed a boulder gave way as she was trying to ascend or descend a cliff face. 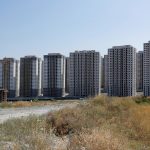 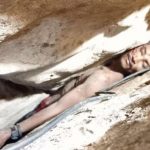