President Mustafa Akıncı stressed that the proposal he made on 13 July 2019 to establish a joint committee on the hydrocarbon issue, should be re-evaluated by the Greek Cypriot side and he called on the third parties.

Akıncı met with the leaders of the political parties represented at the TRNC Assembly. Akıncı made a statement following the meeting and shared the common evaluations with the public.

In his statement, Akıncı mentioned that he would go to the meeting with the Greek Cypriot leader Nikos Anastasiades on 9th of August with “good faith and a constructive spirit” as the Turkish Cypriot side and stressed that they will also continue with their constructive understanding at this meeting.

The Turkish Cypriot people have very important sine qua nons in whatever solution is to be found. One of them is political equality and effective participation in decisions. During the meeting, sensitivity on this issue was underlined. “I would like to point out that it is time for the Greek Cypriot leader to become clear on this issue.”

Akıncı said that they also evaluated the hydrocarbon issue at the meeting and said:

“The Greek Cypriot side categorically rejected the proposal earlier. This was extremely wrong. It is our common belief that there is great interest in reconsidering this proposal once again.”

Akıncı also stressed that the third parties should support this proposal in order to turn the hydrocarbon issue from a source of tension to a source of cooperation in the Eastern Mediterranean and they should also carefully review the proposal and convey the necessary messages to the Greek Cypriot side. 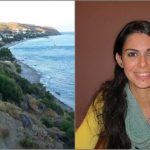