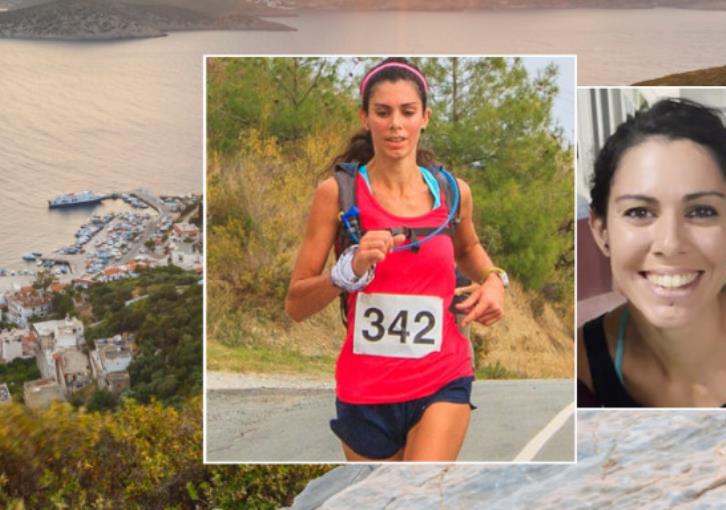 THE body of a British Cypriot scientist who vanished after going for a jog on a Greek island has been found today, it has been reported.

Dr Natalie Christopher, 34, an astrophysicist from London, went missing in Ikaria on Monday morning hours before she and her Cypriot partner were due to fly back to their home in Nicosia.

According to Greece’s national broadcaster Ant1 News, Natalie’s body was found in a ravine by a volunteer firefighter.

Police said they are not willing to make a formal statement until the body is removed from an “inaccessible ravine” and formally identified.

Firemen and other rescue crews are attempting to remove the body from the spot in an area known as Katafygi about 5km from the Brit’s hotel in Kerame – in the north of the island.

Local media also reports that homicide detectives from the Greek capital of Athens have arrived in Ikaria and have taken over the case.

Cops have said that bloodstains found on Natalie’s bedsheets have been sent to a laboratory for DNA testing.

According to reports, the scientist’s boyfriend said the blotches were the result of a nose bleed.

Dr Christopher’s 38-year-old boyfriend reported her missing around noon on Monday when she failed to return from a jog which reportedly began at 8 am.

He says he phoned her mobile at 10am when he woke up and found she was not at the hotel, and she answered telling him she was running in a rocky area of the island – although her exact location remains unclear.

However, after she failed to show up, he called the cops at 12 noon,

Mr Chronopoulos said: “Her partner spoke to her when he woke up at 10 AM and discovered she wasn’t there.

“They had a conversation and she said she was out jogging.

“At 12 (noon) when she still hadn’t come back and when he started to worry, he called the police.”

According to local media, the Oxford-educated scientist’s phone was still on, prompting her worried sister to urge people not to call her to save the battery.

However, Mr Chronopoulos said that there has been no signal on Natalie’s phone since 5 pm on Monday.

He said: “The mobile phone company confirmed that her phone was on and that it had picked up a signal until about 5 pm on Monday.

“Since then there hasn’t been a signal.”

Natalie’s partner told Protothema News yesterday that she told him she was jogging up a hill in a rocky part of the island.

He says she promised to be careful.

The unnamed man claims she told him: “I can’t go fast, I’ll be back slowly, don’t worry.”

The owner of the hotel the couple was staying at said police had sealed off the room and that Natalie’s partner was staying with him at his house.

The unnamed man told Greek media: “He is a very good lad, he’s from Cyprus. He’s lost it, he has panicked, he cannot believe it.”

He described the pair as a “nice little couple” and said there were no signs of problems in the relationship.

According to her online profile, Natalie was a researcher for the European University Cyprus in Nicosia and worked to “develop our understanding on the evolution of galaxies by fitting models to data collected from telescopes and satellites.”

She was an extreme sports enthusiast and was the face of ‘Cyprus Girls Can’ – a campaign to encourage local women to exercise.

Her death follows the alleged rape and murder of American scientist Suzanne Eaton in Crete.

TRNC has no expectations in new Cyprus talks

A local man has apparently confessed to the crime in which sexual assault appeared to have been the motive.

Dr Eaton was found dead in mid-July at the bottom of a cave which was used by the Nazis to store weapons during World War II near Cania.

The 59-year-old mother-of-two was originally from California and lived in Germany with her husband, a British scientist.

Cops finally say Brit, 15, may have been taken as they probe fingerprints

She vanished on July 2 at some point in the afternoon and was due to attend a conference but failed to show up.

Her family believes she went out for a run, as the only things missing from her hotel room were her running shoes. 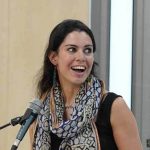 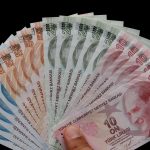 Turkish lira rises to four-month high ahead of religious holiday

yes i say strange timings. did the boyfriend say cheerio at 8am and fall asleep r 2 hrs. or d the nose bleed indicate sonwthing serious that was ignored and she fainted while near the edge of the ravine.
can’t wait to hear

There are some murder signs in the hotel room… blood stains have been found on the sheets… The husband or boy friend whatever …?!…

The hotel will know if she went out at 8am. The boyfriend couldn’t possibly have said that cos he woke up at 10am. If it took her 2 hours to get to the point he called her then it’s 2 hours back. 5k is about 3 miles and for an experienced jogger it would not take 2 hours to cover. Then exactly 2 hours later at 12 he reports her missing.

So so sad. My thoughts and prayers are with her family

was she there on her own? why did her partner report her missing? how long after her last post did she go missing?

Tony Ali yes, it does seem a bit ‘mysteirous’ and a far cry form the original ‘went for a run and never came back’. I do hope someone reveals all soon.

Marion Stuart I didn’t want to say it outright above but the first suspect is the boyfriend. She had a nose bleed my.,,,,, he even described where she was because he said she told him on the phone! The police will check everything. Did he try to clean the blood, by describing where she was he put his foot in it I think.

Mehmet Gazi could be true and that when she went for a run she collapsed because of some medical condition. So we wait and see.

they have sent the bloody for tests, the boyfriend said she had a nose bleed.

Mehmet Gazi so is there an inference that she didn’t go out for a run at all, but that osmething happened in the room and the body was dumped?

Marion Stuart just updated the report and in it, it says blood in the room.

If you read the report,s she went out for a run and when she didn’t return, her partner put out the alarm.

RIP Natalia. My condolences to all her family and friends.

This so so awful and so sad. Only 35 yeaqrs old and such a wonderful contributor to life. What on earthhappened. The news does not say. Her partner must be totally devastated (putting it mildly). Such awful news!

Can Gazi OOPS, GOT THAT WRONG. Sorry, I knew there was a BRT connection. I know I read how you and Denise felt she was a very special lady.

Marion Stuart unfortunately she wasn’t on my tv show, but I was producer for two radio interviews she held with Denise!

Tony Ali ha ha ha , ye,s except that maybe the Powers Above need us getting older and wiser to help those younguns who are being destroyed! Well, there has to be a reason that is good, doesn’t there?

Marion Stuart I was thinking the same thing, I better start being bad to people and stop sorting everyone’s problems out. Enough of being good lol

Tony Ali Indeed. That bothers me! I am still here, so does that make me evil, for it is said ‘those whom the gods love, they first destory’. So I guess I am not loved, and boy am I glad about it!

Marion Stuart For some reason the good seem to go young.

Tony Ali Just what I was thinking. It doesn’t make sense at all – accident, or attack? Awful, just awful. She was on Can Gazi’s programme here not so long ago.

Marion Stuart Very sad such a young age. Let’s see what happens? The last person to see her and speak to her on the phone is her partner. The authority’s will want a long chat with him. All depending on how she died. Was it an accident did she fall from somewhere?