Natural gas discoveries in the Eastern Mediterranean in the past decade have rendered the region a viable alternative energy source for Europe but also exposed long-simmering disputes between neighbors jostling for rights over resources.

Regional tripartite meetings between Israel and South Cyprus, which have made discoveries, and Greece, keen to be a hub, have recently been extended to include the United States.

South Cypriot Energy Minister Yiorgos Lakkotrypis said he had received assurances from his Israeli, Greek and U.S. counterparts of full support over his country’s right to search for natural resources.

Turkey, which has no diplomatic relations with South Cyprus, disputes the EU-member state’s right to explore for natural gas, staking a claim over offshore areas South Cyprus claims as its own.

Ankara has dispatched two drillships east and west of the island., a move South Cyprus says is a violation of international law. 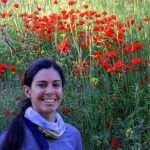