Police in Cyprus have opened an investigation into homophobic remarks made by a controversial bishop.

Relating the story of a saint and a “beautiful young boy”, he said gay men were instantly recognizable because they gave off a “particular odor”.

The government denounced the comments as “insulting the dignity and equality of Cypriots.” Campaigners with Accept LGBTI, a gay rights group, called for Neophytos to face disciplinary action.

“We want to see him recant and we want to see him defrocked,” said Zacharias Theophanous, a software engineer who has said he will run for Nicosia mayor in 2021. “The church is very powerful in this country and its views often have a traumatizing effect on young people struggling to find their way.”

In a letter to the attorney general, Costas Clerides, the group said the bishop’s remarks had prompted numerous people to come forward with testimonies about church officials promoting “conversion therapy” that for had provoked suicidal thoughts.

“We hear all the time of people being subjected to conversion therapies in villages and cities,” said Theophanous. “There are priests who will tell gay men they can be straight if, for example, they undergo hormone therapy or take Viagra or pray enough.”

Clerides has received similar complaints in the past and this is the first time he has gone so far as to order a police inquiry. Instances of homophobic hate speech by senior clergymen were reported in 2016 and 2017 but no action was taken.

Cyprus was among the last EU member states to decriminalize homosexuality, doing so in 1998 under pressure from Brussels as it prepared to join the bloc. In the four years since the legislation came into force outlawing hate speech, there have been no legal proceedings in response to homophobic and transphobic comments.

Costas Gavrielides, who advises the south Cyprus president, Nicos Anastasiades, on issues of acceptance and diversity, said the bishop’s remarks not only had no scientific basis but amounted to “artificial arguments” that fostered homophobic hatred “while insulting the parents of gay people and especially targeting their mothers”.

Despite the innate social conservatism of Cypriot society, attitudes toward homosexuality have changed significantly in recent years, according to opinion polls.

In what was interpreted as a backhanded criticism of Neophytos from a senior fellow cleric, the bishop of Kyrenia, Chrysostomos, issued a statement saying it was not the place of clerics “to meddle in couples’ bedrooms”.

Chrysostomos said he had never heard of Orthodox Christian saints making references to “such matters in such details”. 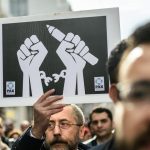 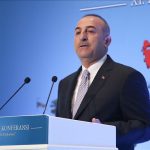 … ‘he said gay men were instantly recognizable because they gave off a “particular odor”.’

Clearly nobody’s ever told him that the odour this he must give off is sh*t as he’s obviously full of it.

Cypriot term for a discussion with no charges

Niko Paschali I hope not, I hope he is defrocked