An Irish couple who settled in the western Turkish holiday town of Didim over a decade ago has been forced out of their home after their neighbours targeted them in a violent campaign of harassment.

Robert and Angela Black had lived peacefully in Didim for 13 years. They decided to move there after Angela Black was left paralysed in an attack in Ireland in 2014. The couple’s close interest in Turkey and love of its hospitable culture drew them to the country, secularist daily Cumhuriyet reported.

After more than a decade of warm relations with their neighbours, the couple fell out with five of them in July when they intervened to try to break up a fight, Cumhuriyet said.

This led to animosity against the Blacks from five of their neighbours, who began verbally abusing them when they crossed paths.

Then, on July 20, the couple were attacked by the five on their way back from shopping, Robert Black told Cumhuriyet.

“These five neighbours started by verbally abusing us, then they physically attacked us. They punched and kicked us and hit us with sticks. I told them my wife is paralysed and not to hit her, but they didn’t listen”, Black said.

“They knew I was paralysed, but they badly beat us anyway”, said Angela Black.

The couple were badly beaten, and they could have been lynched if other neighbours hadn’t intervened, he said.

Terrified of returning to their home and being confronted again, the Blacks rented an apartment hotel in the city of Marmaris and moved there without collecting their belongings.

The Blacks’ lawyer said they had called the police three times, but their calls had been rejected by officers who told them “no English”.

Despite the traumatic experience, the couple bears no ill will towards the country, Angela Black said.

“I love Turkey and the Turkish people. We got our residence permit here because we love the country and its people … I won’t hold something that a few people did against all Turks”, she said.

The Blacks are planning to return to Ireland and decide on whether or not to move back to Turkey. Whatever their decision, they plan to sell their home in Didim. 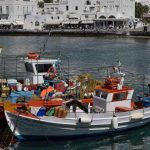 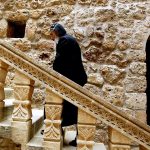 But what happened between the neighbours?