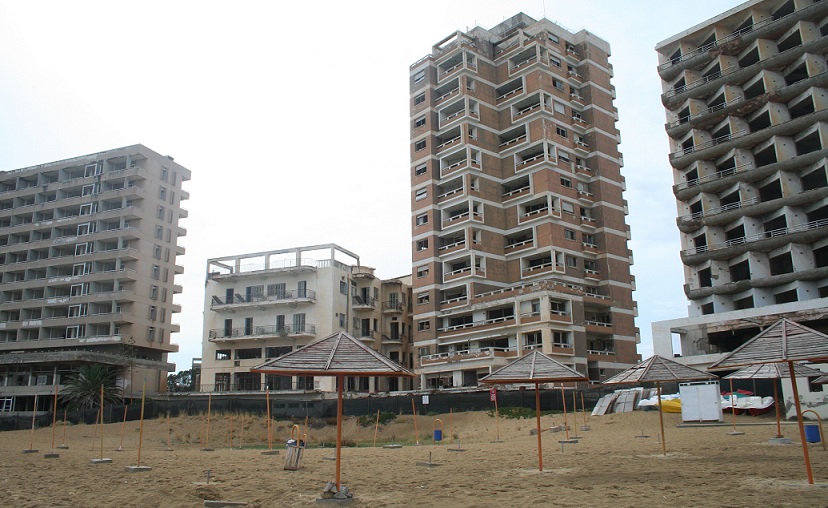 The Turkish Cypriot government is speeding up efforts to turn Varosha, which has remained abandoned and uninhabited for 45 years, into a major tourist destination.

“An inventory study of Varosha is still ongoing. A number of people have a property in the town. The inventory work will be completed in six months,” Tatar told Hürriyet Daily News during a visit to the Demirören Media Center.

He noted that the Immovable Property Commission, which includes judges from European countries, in Northern Cyprus will look at property claims in Varosha once the town is reopened.

“Applications are assessed based on compensation, exchange and reinstatement criteria,” he said. “This step must be taken after 45 years.

“People will either return to their properties or sell them. We hear that some people residing in London are already selling some of those properties. If a Greek wants to run a hotel in Varosha, they are welcomed to do so provided that they prove that they own the property” Tatar said.

He said that the jewel of Varosha is its beach.

“It is one of a kind, not in the eastern Mediterranean but in the world. A hotel belonged to the U.K.’s royal family occupies nearly a one-fourth of the entire beach. It is very valuable. Believe me, some people will want to buy it,” Tatar said.

He noted that the tourism industry is one of the major industries supporting northern Cyprus’s economy, the other one being education services.

“Tourism activity generates $1 billion in revenues while education provides another $1 billion. Our fast developing housing sector sells properties to Russians and people from Dubai. We also have a developing IT industry,” Tatar added.

Varosha, a former resort suburb of Famagusta, was abandoned and declared a buffer zone between the communities of the island after the Turkish military intervened as a guarantor power following a Greece-inspired coup attempt in 1974.

Before the split of Cyprus 45 years ago, Varosha was a popular destination for Hollywood stars and wealthy tourists.

In June, the Turkish Cypriot government announced that they had decided to reopen Varosha.

Before the closure under a United Nations Security Council ruling, there were more than 100 hotels in Varosha, with an accommodation capacity of 10,000. The closure came at a time when hundreds of new construction projects were underway. The town also hosted a rich library that offered books in Turkish, Greek and English. 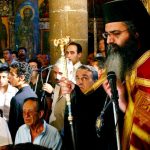 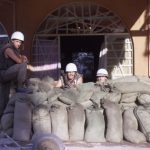 So why do tc evoke the equal partnership as mentioned by the UN?

Then what makes you think i wasn’t? 😁

The convo went off topic…onto the rights of the minorities….yes it is related….but so are a lot of things….if a discussion is to be productive…it needs to stay on topic rather then go off in a 100 different directions…

Also when it does that…dumb people like me get confused 🤣🤣🤣

Hara Charalambous i will leave Niko Paschali of topic ways to you from now on, live up to the expectations ok.

Sorry Niko Paschali, she is now in charge of your off-topic ways LOL

Niko Paschali you asked for it and got it, Hara Charalambous is a dangerous GC who does not mix her words LOL, god help you mate LOL

I was being sarcastic.

The topic is varosha

And I brought up points related to varosha

Hara Charalambous he can only find the light of he wants to and if he takes them glasses off, they are dark like his mind now 😂😂

Mehmet Gazi then lead him back!

STICK TO THE SUBJECT!!!!

yes that’s how it feels when you comment LOL

Niko Paschali firstly, have they applied to be citizens in the TRNC and been refused?, if you do not apply for citizenship you cannot have a legal right in the TRNC and that goes for all countries,

now show me that a Maronite has applied and refused Citizenship if you can,

your again fishing, but

Niko you’re putting out misinformation and South propaganda what is very misleading and untrue.

as for the village in Army area, in the end, they will be able to move back, the village has been cut off in the army area for a long time, no electric or even running water, this all needs to be fixed for the place to be viable, this cost money.

Maronites are citizens in the roc

Hara Charalambous nothing knew with Niko now days, he is on a run, upto now everything has backfired on his quoting anything.

its sad that Niko would be so blinded now days, i hope he will soon open his eyes like before.

Niko Paschali in response to your last photo, TCs are not allowed to do the army in the south, TCs do not get employed in Government offices, or very limited.

in the north we are isolated, we do the best we can with our limitations,

you made a comment and that was we do not recognize

Thats rubbish and your own comments after it just proves the TRNC does recognize,Stop trying to twist everything

Niko Paschali how about reading it,

Recent years have seen some hopeful signs. Maronites have begun returning to Kormakitis, and a handful have been allowed back to long-sealed parts of Karpasia in parallel with a UNDP restoration of the church.

Some have returned already

“Unfortunately … the current economic crisis in the TRNC has led to difficulties in terms of financing the said works.”

it takes money, we are isolated remember ?

“The fact is, while Maronites try to make the most of it, their allegiance is being questioned in more nationalist quarters in Cyprus – both north and south of the buffer zone,”

Both sides, not just ours, your comment directed just at the north

“Maronites have no vote in the northern TRNC, living only as permanent residents, rather than citizens.”

the TRNC is the law in the north recognized or not, the TRNC makes the rules like it or not, anyone and all Maronites GCs or who ever are recognized, there is a GC who is building himself a house on his land, we have Maronites moving back and GCs also, this did not start yesterday but for some years now GCs have been moving back, renting and so on.

you read an article by who on what publication, was it bias towards one side or not.

your an educated man and your commenting like this, come on Niko, you should know better then this.

By please correct me if I am mistaken

If people want to go back to their homes…and the property is theirs….and they have good intentions….then go!….don’t want it under TRNC…then don’t go. At least now they have the option

Niko Paschali it was off limit to all pending a deal, since the deal does not look like it will happen, even the rightful TCs will claim what they believe is theres.

your fishing Niko, the problem is the bait your using, its expired..

If it was, then why haven’t any tc been allowed to go home?

But as many gc I’ve talked to have stated

They don’t want to be under tc administration

Niko Paschali not a secret, its fact, for 50 years its been used for that reason and nothing has changed, suddenly the north wants to open it and we are all screaming in the south, if they open it and true owners are allowed to return under TRNC administration good for the owners…

Niko Paschali then let’s not defend what’s wrong, if in a court of law the GCs can prove they are the legal owners they will be allowed to reclaim, no UN resolution states Varosha has to come under GC rule.

Niko Paschali so true, but what’s good for one side is good for the other, both sides need to stop it.. but you direct your comment just to the north when in reality the South are masters in cherry-picking, cherry-picking not only in what’s said but whats history.

We can’t pick cherries only

here we go again, let’s mix it all into the pot.

What power does the iUN have really?

Neither will the international community

. Considers attempts to settle any part of Varosha by people other than its inhabitants as inadmissible and calls for the transfer of this area to the administration of the United Nations;

read the resalutions, it says legal inhaitants, it does not say under GC Rule only, so if the doors are opened to the legal inhabitants then what’s the problem.

claim or not, if they do what they say they are going to do then its going to stay in the north and all owners no matter Evkaf, GC or whoever can claim and move back in or sell.

Just do it it’s ours anyway

Arif Vezir and Andreas Poli, you both have broken the rules about personal insults and swearing, the comments have been removed.

Arif Vezir admin remove this feeble excuse of a human, you don’t won’t losers in the group!

Andreas Poli It’s ours always will be doesn’t me I am a racist you obviously didn’t have members suffer or lose family members in the conflict that the GCs started if that makes me a racist then you don’t know what you are talking about. I won’t want to know someone like you too. I won’t bother with ignorant people like you no more. Waste of time.

Arif Vezir it belongs to whoever is from there not what any TWAT decides!

Arif Vezir wouldn’t want to know you! What the fuck does “it’s ours anyway” mean?

I hate it when as soon as they feel they haven’t got a case they start accusing of this that another fucking twat. Don’t even know me

Andreas Poli what makes you think I am racist. As soon as you can’t find a way out you accuse me of being a racist when you don’t even know me. You not agreeing with me does that make you a racist? TWAT

Arif Vezir I have many TC friends thank you very much, I visit and stay in the north very often! In my DNA test I came back 47% Turk, I have no hard feelings towards different races, just have a dislike to racists and people like you who push separation and can’t live in peace

Andreas Poli your Turkish is quite good well done comes in useful. I can feel your hatred that why we can never live together shame but people like you give pace no chance you carry on swearing

Andreas Polidont get upset you can still visit. I was telling the truth.