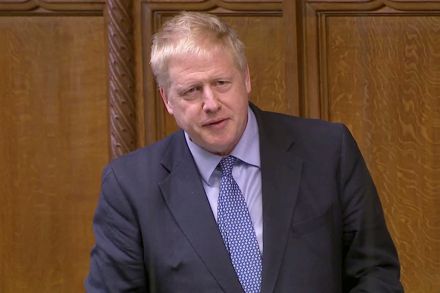 Here we are then, ladies and gentlemen. After almost a decade of digging and scratching, we have finally reached the bottom of the barrel. Boris “f******” Johnson is Prime Minister of the United Kingdom, and let me tell you what that means.

If you’re a Muslim woman who wears a veil, you look like a bank robber. If you’re black, you’re a picaninny with a watermelon smile. If you’re gay, you’re a tank-topped bum boy and your marriage is the same in principle as bestiality. If you’re from Liverpool you see yourself whenever possible as a victim. If you’re from Papua New Guinea you have orgies of cannibalism. Money spent on child abuse is a waste, spaffed up the wall even. If you’re French you’re a turd. The European Union is comparable to Adolf Hitler. If you run a business or lost a relative in a terrorist attack, fuck you.

All that according to the man who now holds the highest office in the United Kingdom. Putting aside for just one minute the lies and the incompetence of the man, the sheer level of contempt and disdain which he shows for other people is nothing short of reprehensible. If you were under any illusions, Boris Johnson doesn’t want what’s best for you. In fact he probably sees you as beneath him, such are his comments on a wide spread of demographics.

Now, let’s get onto the lies and incompetence. Johnson was sacked by The Times for making up a quote, he was sacked as Vice Chairman of the Conservative Party for lying about an affair he had, he was the person who peddled the now infamous “£350 million a week” Brexit lie, he also lied about Turkey joining the European Union and then lied that he’d never said it.

all he has ever done is fail, lie, and offend

Further, his incompetence and loose lips as Foreign Secretary led to a British citizen being imprisoned in Iran on charges of espionage. He broke conflict of interest rules on financial engagement three times in a year. As Mayor of London he blew forty three million pounds of taxpayers’ money on a bridge over the Thames that never even got built. He spent £322.000 on a water canon that was ruled illegal, too. He bought “new Routemaster” buses at £325.000 each which were unfit for purpose.

What, in all of that, makes it seem like a remotely good idea to have that man running the country? All he has ever done in his career is fail, lie, and offend.

Furthermore, he has been handed the job in order to push through a policy that has quite literally no upsides. The “No Deal Brexit” that half of the country apparently wants and that Johnson is pushing for will make things objectively worse in the United Kingdom than they are today, and after nine years of Tory rule it’s not exactly going great now. In a best case scenario food and medicine availability will be severely reduced, any business that trades with the outside world face huge shortfalls, and the currency will collapse.

the rump of tory england tug his forelock

And why do people like him? Because he’s “funny”. His bumbling incompetence, his preposterous lies and “jokes”, and his scruffy appearance for a large swathe of the country apparently excuse him. His posh accent and wealthy Eton-Oxford background make the rump of Tory England (people who live in the middle of nowhere yet vote blue because either “the place is full of immigrants” or just out of tradition) doff their caps to him and tug his forelock, too.

To summarise, despite his pathological lying, his incompetence, and his disdain for almost everyone, Boris Johnson is a popular choice for Prime Minister of the United Kingdom because he’s “funny”. I’m sure we’ll all be laughing our way to the food bank. 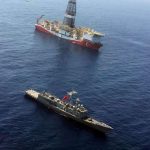 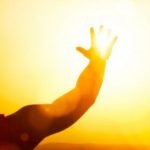 Forestry Department on red alert as Cyprus sizzles at 41 C

Any reporting that has the ‘F******’ word is not worth reading imho. Apart from not being seen as serious, it’s also offensive.

so if the rest are so great how come Boris become prime minister ? what your stating is old news very old news we in UK know some exaggerated by left wing but that is fair right wing have the mail so tell me how come he became prime minister or tell us who is better ? no good saying oh this guy rubbish but you have no alternative same problem in USA. My take is people fed up with politicians politics as they all are ********* liars so why not elect the best ******** liar at least we all know where we stand we elected a liar and know all his politics are lies saves us getting annoyed he lied.