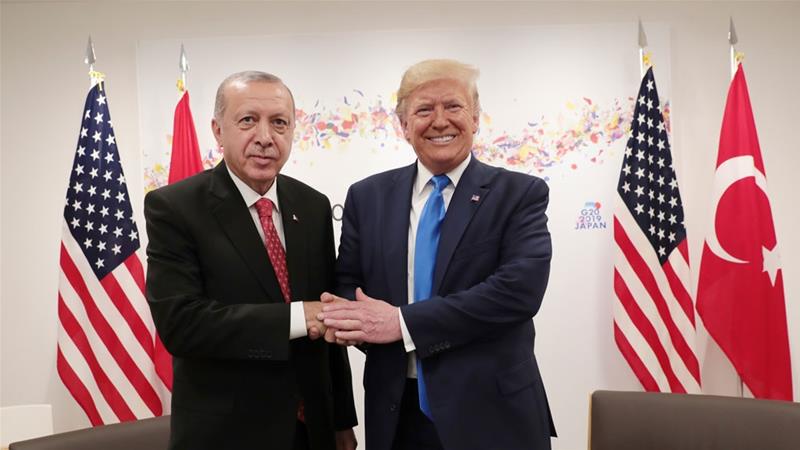 President Trump sparred Tuesday with a top Senate Republican during a closed-door meeting at the White House over how severely to punish Turkey for purchasing a Russian anti-missile system, according to officials familiar with the matter, as he pushed back against senators advocating for bringing the full force of sanctions against the NATO ally.

Instead, according to people in the meeting, Trump appeared to be advocating negotiations with Turkey instead of harsh sanctions — leading to a “robust discussion” and the open dispute between Risch and the president, according to people familiar with the closed-door meeting.

“Everyone in the room knew there were many options available and there was a spirited and robust debate on all sides of the issue,” Risch spokeswoman Suzanne Wrasse said late Tuesday.

The clash between the two otherwise allies punctuated a meeting specifically called to discuss potential Turkey sanctions, in which the president appeared disinterested in the issue — riffing instead on health care, immigration and the new fiscal deal his administration reached with Congress this week, according to several officials familiar with the late-afternoon meeting. Trump was steered back to the topic at hand by at least one Republican senator present, who asked the president about potential sanctions against Turkey, said the officials, who spoke on the condition of anonymity to discuss the closed-door session.

Trump’s stance is at odds with senators of both parties, who have insisted the United States must follow through on the punishments it warned for months that Turkey would face for accepting the S-400 system. A group of leading Senate Democrats, who were not included in the White House meeting, reiterated in a letter Tuesday to Trump that they “agree with Secretary Pompeo and many Senate Republicans that sanctions must be imposed on Turkey in accordance with the law.”

“Without decisive action by the United States, our position in NATO and the strength of our sanctions regime on Russia will suffer,” wrote the group of Democrats, led by Senate Foreign Relations Committee ranking member Sen. Robert Menendez (N.J.).

But according to several Republicans who emerged from the meeting, the discussion focused more on “how we can negotiate with Erdogan,” as Sen. John Hoeven (R-N.D.) put it than how the United States could punish him.

“What the president’s trying to do is have a much broader approach to this thing,” Sen. David Perdue (R-Ga.), another Trump ally, said after the White House meeting, suggesting that sanctions-heavy approach only made sense “if you just look at what Turkey’s trying to do now.”

“Look at the broader issues of the entire region and then what’s going on with other major countries, you might get in a different situation,” Perdue continued. “We’re trying to develop allies in the world.”

Turkey would be the first NATO ally to be sanctioned by the United States if the government does not attempt to waive punitive measures that Congress passed in 2017 to punish entities for doing business with Russia’s defense industry. Both Republicans and Democrats have pointed out that it is also the first NATO ally that has purchased a major weapons system from Moscow, the power that NATO was formed to protect against.

Earlier this summer, Erdogan said he had received assurances from Trump during the G-20 meeting that Turkey would not be sanctioned for accepting the S-400 system.

Instead of sanctions, Perdue said, “there may be some things like free trade agreements being talked about,” noting that such an economic relationship with the United States was important to Turkey.

“There’s a possibility that you have to bring Russia into some kind of conversation about what their position is in the Middle East — they want to trade, they want some kind of commerce with us, too,” Perdue said.

Russia has long sought to scale back sanctions that the United States began to impose in 2014, after Moscow’s seizure of Crimea from Ukraine. The 2017 sanctions bill, in addition to establishing mandatory sanctions on entities doing business with Russia’s defense industry, prevents the president from rolling back Russia sanctions without giving Congress a chance to block his actions. 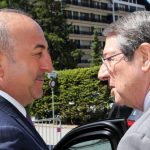 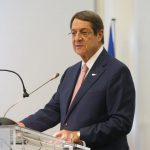 It is up to Anastasiades to give convincing answers