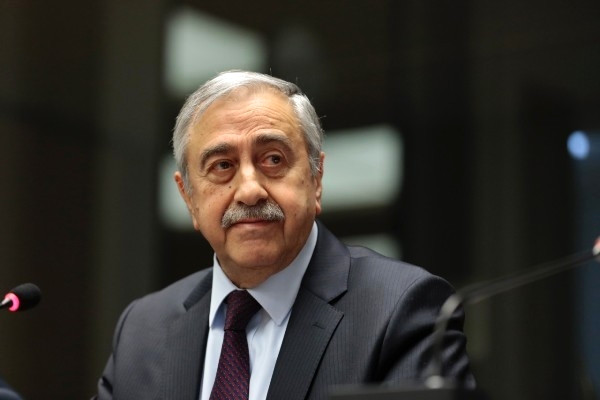 It’s not often I feel sympathy for politicians. On the whole, they’ve got it made: a prestigious and high-paying job, power (to a greater or lesser extent) to change the world as they see fit, and more often than not they’ve come from well-to-do backgrounds and so have pretty much got it made. Sure, there’s more to life than that, but it’s difficult to feel sorry for someone who has it made. Further to that point, in the line of work I currently find myself trying to pursue my lack of sympathy for politicians is probably a virtue.

Recently, however, I might have found an exception. If you’ve read the title you’ll know it’s the leader of the Turkish Cypriots Mustafa Akıncı. It goes without saying that I’m a huge admirer of his; his life’s work has been building bridges between. Cyprus’ communities, and when the Turkish Cypriots elected him their leader in 2015 it was to borrow a phrase from a slightly tipsy Esra Aygın at the time “an olive branch being reached out” to Greek Cypriots.

I’ll save writing a biography of Akıncı for another time, but suffice to say that that olive branch has been well and truly thrown in his face. The leader of the Turkish Cypriots at the best of times faces a difficult task, being the middleman between a Turkey willing to exert its power in the region and an often polemicist Greek Cypriot administration that of course find themselves permanently at loggerheads, but at this moment in time it is a particularly unenviable position.

it stinks of a plan to stitch AKINCI UP

Putting aside the gas issue for a moment (but sure I’ll get to it), Akıncı is currently being undermined from all sides. His Prime Minister and Foreign Minister have been trying their best to cut him and his pro-reunification politics out of the picture, which would be bad enough if both the governments of the Republic of Turkey and the Republic of Cyprus weren’t actively working with them. Akıncı has pretty much been cut out of the picture by those who are supposed to be working with him. Maybe it was naïvety on my part to believe that apparent nationalists for two “opposing nations” would not get into bed with each other so easily (to the best of our knowledge metaphorically but who knows what happened after their candlelit dinner) but it stinks of a plan to stitch Akıncı up, to cut him out of the picture, and to work against his politics.

That on its own is difficult enough, but now let’s get onto the gas. For those unaware, natural gas has been found off the coast of Cyprus and it has caused a bit of an argument. The Republic of Cyprus wants to drill and make profit, the Turkish Cypriot community wants a cut, and Turkey wants to stick its nose in too. In a normal country that would all be fine. Gas would be drilled and sold, wealth would be distributed to improve the lives of the citizens, and deals would be cut with neighbouring countries.

However, Cyprus is not a normal country. In a sequence of events that could have got its own article, we ended up in a situation where three Turkish drilling ships were surrounding the island of Cyprus in a sort of nautical Mexican standoff. With neither the Republic of Cyprus nor Turkey willing to back down but thankfully thus far neither willing to escalate it further, it seemed like the situation as described would continue for a long time.

The long and short of the letter back was “shut up, muzzy”

Akıncı, however, had been working in the background to attempt to find a way forward. He had formulated a plan to create a committee which would comprise of representatives of both Cyprus’ communities plus neighbouring countries with the goal of finding a fair way of sharing the wealth generated by the natural gas. I was under no illusions that among absolutist sections of the Greek Cypriot political class the idea was unlikely to gain much traction, and I’m sure Akıncı wasn’t either, but I had hope that his proposal could have been negotiated on and tweaked in order to create a way forward, or at the very least open a dialogue.

What actually happened, however, was much more disappointing than that. Nikos Anastasiades rejected the proposal out of hand, with no other plan in mind, no idea for a way forward, and nothing to offer. The long and short of the letter sent back to Akıncı was “shut up, Muzzy”, nothing more. While I was deeply disappointed by this I wasn’t at all surprised, nor was I surprised that other political leaders such as Nikolas Papadopoulos signed onto it too.

What did surprise me however, although maybe in hindsight it shouldn’t have, was that “even” AKEL signed the letter. The same AKEL of which a representative told me last month are “the only ones who care about Turkish Cypriots”, yet seemingly can always be relied on to bottle it when it matters. While I’m not going to turn this week’s column into one about why AKEL are serial bottlers on the Cyprus Problem, AKEL are serial bottlers on the Cyprus Problem, and no, one single swallow in Niyazi Kızılyürek does not a summer make.

To many, the out of hand rejection of Akıncı’s plan by the Greek Cypriot political leaders was a case of stalling for time. The fact that a week ago I penned an article about that exact phenomenon, which I called “the politics of ‘any day now’” shows either the high-quality level of insight you’re all getting every week by reading this, or simply how predictable this has become. While for my career prospects I’d like to think it is the former, it is most likely at least to a certain extent the latter.

Summed up, Akıncı while searching to find a way forward on the natural gas issue found no friends at all among the Greek Cypriot political class. His own ministers are also trying to undermine him at every turn, as are their counterparts in Turkey. In just over four years off he hasn’t really done much wrong in my mind, yet everyone else seems to have burned their bridges to him.

It’s a sad indictment of affairs as they are right now that the only cause that can unite the political classes of Greek Cypriots, Turkish Cypriots, and Turkey is isolating a politician who genuinely seems to have Cyprus’ best interests at heart. It is for that reason that I have actually found myself feeling genuine sympathy for a politician, which as I say doesn’t feel right, but then again at least I can level it with the contempt I feel for most of the rest of them. 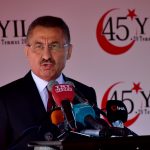 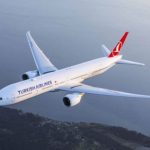