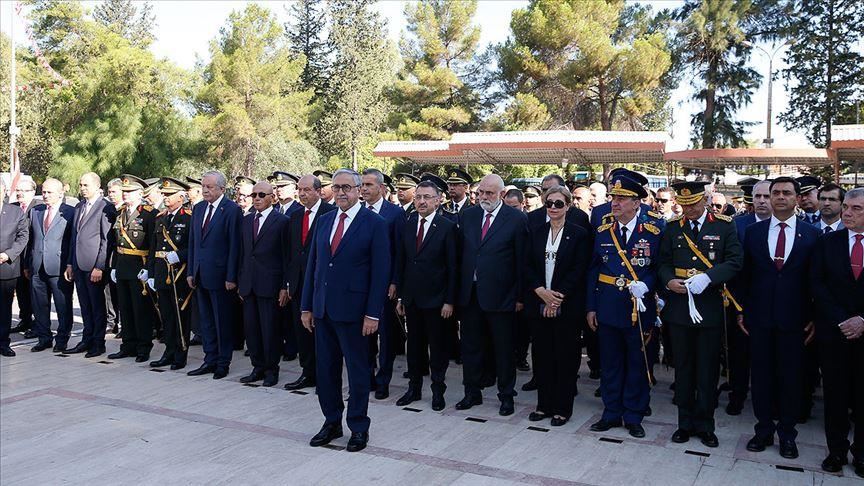 The celebrations to mark the 45th anniversary of Turkey’s military operation launched to protect Turkish population in Cyprus began on the island on Saturday.

Turkish Vice President Fuat Oktay and the President of the Turkish Republic of Northern Cyprus (TRNC) Mustafa Akinci laid a wreath at Ataturk memorial in the coastal town of Girne.

Officials from Turkey, including Deputy Culture and Tourism Minister Serdar Cam, and from TRNC, including TRNC Prime Minister Ersin Tatar, attended the celebrations.

“[TRNC] continues both its development efforts and also its efforts to maintain permanent peace on the island in line with your [Ataturk’s] principle of ‘Peace at home, peace in the world’,” Akinci wrote on the memorial book.

“Turkish people and the Turkish Republic will always support, as they have been until today, Turkish Cypriots, as the equal owner of the island, who deserve to freely maintain their existence on the island and who are an integral part of our people,” Oktay wrote on the memorial book.

Meanwhile, thousands of people attended a dawn vigil in Northern Cyprus to mark the 45th anniversary of the peace operation.

The TRNC Prime Minister Ersin Tatar and veterans of the 1974 peace operation along with huge numbers of people gathered at a beach in northern Cyprus where Turkish forces entered the island on the day of the operation.

“We have gathered here to celebrate the freedom and peace that came at the dawn of July 20, and to commemorate those who died and suffered for this cause,” Fevzi Tanpinar, the head of Dawn Vigil Organization Committee said during the event.

July 20 Peace and Freedom Day in the Turkish Republic of Northern Cyprus commemorates Turkey’s Cyprus Peace Operation — a huge military intervention to protect Turkish Cypriots from the violence which struck the island in 1974.

The decades since have seen several attempts to resolve the dispute, all ending in failure. The latest one, held with the participation of the guarantor countries — Turkey, Greece, and the U.K. — ended in 2017 in Switzerland.

In 2004, in twin referendums, the plan of then UN Secretary-General Kofi Annan was accepted by Turkish Cypriots but rejected by Greek Cypriots.

Talks have focused on a federal model, based on the political equality of the Turkish and Greek Cypriot sides, but Greek Cypriots’ rejection of such a solution, including the Annan plan, led to the emergence of other models.

In a recent report, current UN Secretary-General Antonio Guterres also said that “new ideas” may be needed for a settlement on the island. 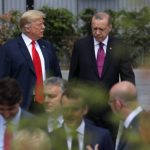 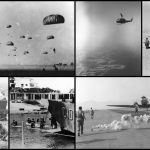