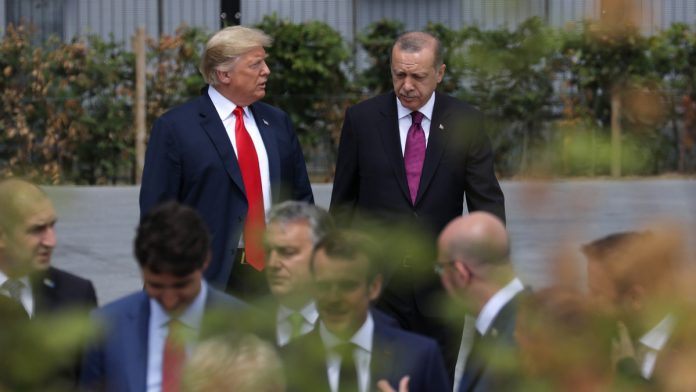 Losing Turkey, the nation with the second-largest army in NATO, would be a significant geopolitical blunder, warned James Stavridis, a former U.S. naval admiral.

Opposing potential U.S. sanctions on Turkey over its purchase of S-400 air defense systems from Russia — which began to arrive in Turkey last week — Stavridis wrote in a Thursday column: “It would set a terrible precedent to see a nation feel it was driven out by sanctions.”

U.S. President Donald Trump has blamed the Obama administration for the S-400 tension between the two NATO allies, saying repeatedly “it is not Turkey’s or Turkish President Recep Tayyip Erdogan’s fault.”

But under pressure from the Pentagon and State Department, the Trump administration on Wednesday said it is removing Turkey from the F-35 fighter jet program — claiming a conflict with the S-400 systems — but added it is not yet looking at sanctions.

In a column for Bloomberg, Pushing Turkey Out of NATO Is a Terrible Idea, former Supreme Allied Commander at NATO Stavridis recommended that the Trump administration and Europe recognize “how high the stakes are in this dispute.”

“The West needs to work toward an outcome that, at a minimum, keeps Turkey a functioning, contributing member of NATO,” he added.

Stavridis also said the weapons system debate should be shifted away from its “current context of a U.S.-Turkish dispute, and center the conversation in Brussels at NATO headquarters.”

“A united alliance voice is needed to help persuade Turkey that the S-400 purchase is a mistake, but not the end of Turkey’s participation in NATO,” he said.

“For example, there may be technical solutions to ‘wall off’ the S-400 from the rest of NATO’s air-defense system, which is operated out of Ramstein Air Base in Germany,” he said, echoing Turkish assertions that there is no insurmountable conflict between the S-400 and NATO systems.

Before the S-400 purchase, Turkey repeatedly proposed forming a joint commission with the U.S. to study the technical issue, but never got a response.

Stavridis added: “Or should NATO consider encouraging the Turks to keep the S-400s in mothballs, and then selling them another high-end air defense system, perhaps at a discounted rate, to meet their legitimate defense needs?”

Stavridis also argued against the U.S. suspending Turkey’s purchase of F-35 fighter jets, asking if the purchase could “not be delayed (instead of canceled under sanctions) while NATO works out the problems.”

In a list of recommendations to “salvage the relationship” with Turkey, Stavridis also encouraged NATO “increase the level of engagement on other key fronts — from very senior exchanges of delegations to encouraging larger Turkish contributions in other NATO missions to personal conversations”.

“More diplomatic and operational integration outside the relatively narrow ambit of air defense could be helpful,” said Stavridis.

He concluded by saying that “if Turkey chooses to go forward with the entire S-400 purchase, both sides in this dispute must work to create an acceptable outcome that doesn’t shatter alliance unity.”

“It can be done, but it will take a lot of work and a willingness to compromise.” 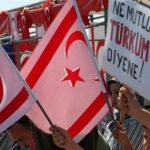