Ankara is investing political capital in an effort to end the supervision of the Titina Loizidou case, pending before the Committee of Ministers of the Council of Europe, says Spyros Attas, the Permanent Representative of South Cyprus to the Council of Europe. The case was not closed during the Committee’s last session, in June, as Turkey wanted, but the way ahead is expected to be difficult, Attas notes in an interview with the Cyprus News Agency.

Titina Loizidou, a Greek Cypriot applicant seeks to enforce a 1996 Court judgment for the restitution and peaceful enjoyment of her property in North Cyprus Girne/ Kyrenia

Turkey says it is not possible to restore the property and that Loizidou can only exchange it or receive compensation for it, pointing to the immovable property commission (IPC) operating in North Cyprus.

Speaking to CNA, the Ambassador describes Nicosia’s effort in Strasbourg as a difficult and often uneven battle on a range of issues concerning property rights of displaced Greek Cypriots, missing persons and the enclaved. The continuation of the supervision of those cases puts intense pressure on Turkey, he notes and says that this is the reason why Ankara is in such a haste to terminate this procedure, without being successful so far.

In relation to the property cases, Attas says that Turkey’s main goal is to persuade others that the only way to solve the issue, before or after a Cyprus settlement, is through the IPC.

The diametrically opposed views Cyprus and Turkey have on this matter have led discussions to an impasse for many years, the Ambassador notes and says that the Committee of Ministers, who is responsible to supervise the implementation of European Court decisions, is a political/ diplomatic body and is not immune to political considerations, sustained by certain circles in the Council of Europe.

“Leaving the highly problematic and ineffective modus operandi of the IPC in practice,  he says and points to relevant public statements by IPC officials.

Asked about cases in the European Court of Human Rights, which concern Greek Cypriot properties within the fenced-off part of Famagusta, in North Cyprus, the Ambassador says that the issue is ongoing and is being handled by the competent authorities.

In relation to the Loizidou case, the Permanent Representative says that Ankara shows “particular persistence, investing also a great deal of political capital at a higher level” in a bid to terminate the supervision of the case.

“Turkey not only failed to enforce the ECHR decision of 1996 but to the contrary it has been particularly keen in usurping Loizidou’s property and distributing it to Turkish Cypriot refugees” the Ambassador goes on.

In this case, he says, Turkey did not manage to persuade the Committee of Ministers yet that it did everything possible and that it acted in good faith in order to restitute Loizidou’s property rights. This is why the case was not closed in the Committee’s session, last June, as Turkey wanted, he adds.

According to the Permanent Representative of Cyprus, the way ahead is expected to be difficult, with Turkey trying to persuade members states to close the supervision while employing various methods to do so.

“The battle in Strasbourg might be difficult and often uneven, however, the Ministry of Foreign Affairs, the Law Service and the Permanent Representation here always fight hard in order to keep alive the rights of our citizens,” Attas tells CNA.

In relation to Greek Cypriot property cases, he points out that both the services of the Council of Europe and member states categorically insist that Turkey should immediately and unconditionally pay the damages awarded by the Court with respect to the “Cyprus v. Turkey” case and the “Xenides-Arestis” group. However, apart from expulsion, the Council of Europe has no enforcement mechanism in case of non-compliance, he says.

The Permanent Representative was also asked to draw parallels between Cyprus-related cases and the case of Ilgar Mammadov, where Azerbaijan was found to violate its obligations by ignoring the European Court’s judgment to free the political activist.

Attas says last May’s decision is of particular importance and creates a precedent. “We make sure to remind the Committee of Ministers that the obligation to pay just satisfaction on the part of Turkey is immediately and unconditionally enforceable. This is being understood. It remains to be decided whether and when the Committee of Ministers will move against Turkey, for the latter to comply with its obligations vis-à-vis the Convention and the Court” he says.

Asked about the recent election of Marija Pejčinović Burić from Croatia as the next Secretary-General of the Council of Europe, Attas says the main challenge she is facing is to restore unity in the international organization, celebrating 70 years since its foundation.

As for the return of the Russian parliamentary delegation to the Parliamentary Assembly (PACE), Attas says this was a move towards normalcy, he points however to reactions on the Ukrainian side. An enhanced dialogue is underway between the Committee of Ministers and PACE, with an aim to strengthen the organization’s capacity to deal with situations where member states violate their obligations or disrespect the fundamental principles on which the Council of Europe is based, the Ambassador concludes. 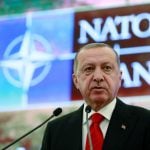 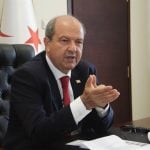