Turkey’s removal from the F-35 fighter jet program would also have “adverse” effects on NATO’s power, particularly on its southern flank, the country’s defense minister said on Thursday.

“Expecting from the U.S. to avoid steps that could harm relations of two countries is the most natural right of Turkey as a strategic partner,” Hulusi Akar told Anadolu Agency after inspection of troops deployed along the country’s border with Syria.

“Unilateral and unfair decision” to try to remove Turkey from F-35 project “is not based on legitimate justification”.

On Wednesday, Washington announced it was taking Turkey out of the F-35 fighter jet program, following the threats to do so over Ankara’s purchase of the Russian S-400 anti-air system.

The statement underlined that Turkey-U.S. relations will not follow healthy progress with the unilateral impositions.

U.S. officials argued the Russian system would be incompatible with NATO systems and expose the F-35s to possible Russian subterfuge.

Turkey urged the formation of a commission to clarify any technical issues, but the U.S. failed to respond to the proposal. 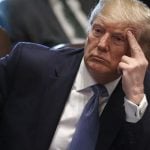 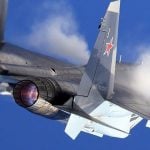