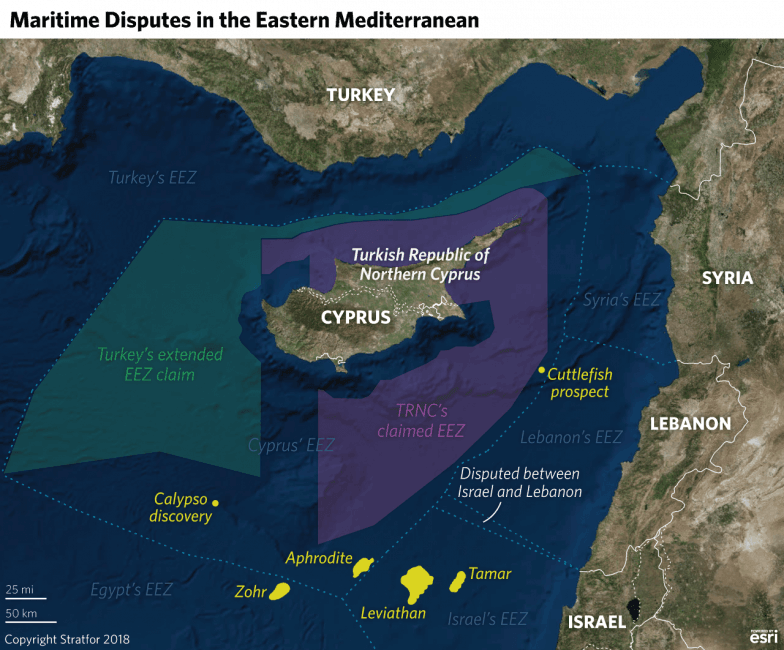 Turkey has denied claims it is acting illegally by drilling for gas in waters off Cyprus with Foreign Minister Mevlut Cavusoglu saying on 14 July his country would continue to drill off the island if the internationally recognized Greek Cypriot government does not accept a cooperation proposal put forward by Turkish Cypriots.

In an article for the Cyprus Post, cited by Reuters, Cavusoglu said a proposal by Turkish Cypriot President Mustafa Akinci that both parties on the divided island cooperate in exploration and exploitation of gas could contribute to stability and peace in the eastern Mediterranean.

“After presenting the maps, Turkey proceeds to carry out military exercises, issuing  Navtexes to reserve areas in order to subsequently claim that Turkey has the first say in these areas. Later, it sends ships to carry out seismic surveys and depending on given reactions, which it is Ankara’s longstanding policy to test constantly, it is now in a position to move to the next level of power-projection by sending drillships, as happened in the case Cyprus,” Filis argued.

However, he noted that in practice Ankara is careful about choosing the areas it disputes, preferring areas the other side has not fully secured or areas the status of which can be seen as disputable.

“Turkey acts even more freely in Cyprus, where it has received licenses from the Turkish Cypriot side, which in the north is seen as a state, so that it can issue permits to the Turkish state petroleum company, whereas in the south it is seen as a community that has a right to a share in the exploitation of the hydrocarbons of the island as a whole,” said Filis.

Hydrocarbons Company CEO Charles Ellinas told New Europe on 13 July that Turkey is acting illegally since Cyprus Exclusive Economic Zone (EEZ) is defined under the law of the seas UNCLOS, which has been ratified by 167 states, including also the European Union, and as such it has become international law.

“Even though Turkey is not one of the signatories, it has used UNCLOS principles to delineate its EEZ in the Black Sea and thus implicitly it has accepted UNCLOS. Through its drilling it is establishing ‘grey zones’ around Cyprus readying itself for negotiations,” Ellinas said.

Cavusoglu confirmed on 10 July that an offer made by Akinci’s predecessor Dervis Eroglu, when he was president of North Cyprus, to establish a joint committee to agree on a way forward on hydrocarbons still stands.

President Akinci made a repeat offer on 13 July, on the occasion of the forthcoming visit to the island by Jane Lute, the UN Secretary-General special representative to kick-start the talks.

Ellinas said, however, that South Cyprus’ government considers hydrocarbons to be under its full jurisdiction, as the legitimate government of the island, and has declared that all profits from the exploitation of hydrocarbons belong to the island’s legitimate citizens – both Greek and Turkish Cypriots.

Ankara is raising the stakes by pledging a second drilling vessel to drill offshore Cyprus and may raise the stakes even further, after completion of drilling west of Paphos. “It is possible that it will use the drilling rig Fatih to drill in Cyprus declared EEZ blocks,” said Ellinas.

The Turks are threatening to step up their aggressiveness if Ankara’s demands aren’t met, according to Filis, who argued that Turkey wants to give the sense of gradual asphyxiation of Cyprus through flanking maneuvers that could reach the south, where there are thirteen delimited sea blocks.

“The ones most ‘vulnerable’ to a Turkish projection of power are Blocks 2, 3, 8 and 9, where the presence of Italy’s ENI and Korea’s KOGAS don’t seem to constitute a deterrent for Turkey. The fact that (France’s) Total and (US energy giant) ExxonMobil are operating in the other blocks nullifies the chances of Turkey’s taking actions to dispute them, though in a more extreme scenario Turkey could attempt exploratory drilling in Block 6 based on the claim that it overlaps its continental shelf, where Total is operating,” Filis explained.

The EU has no choice but to impose sanctions on Turkey, Filis said, adding the interdependence that exists in various policy areas doesn’t leave much margin for maneuvering in such a way that these sanctions would have direct and practical results.

“Erdogan is seeking immediate results, and this is why he is defying international pressures, betting that, in the short term, he will get what he wants, which won’t be the case if the crisis drags on. The sanctions that will “hurt” Ankara the most – and especially its beleaguered economy – are the US sanctions resulting from Turkey’s purchase of Russia’s S-400 system,” he said.

Defying the US, Turkey began receiving the first shipment of a sophisticated Russian surface-to-air missile system on 12 July.

Any possible sanctions from the EU and US against Turkey will not be deep enough to hurt and deter Erdogan. “There is resistance among some EU countries to apply sanctions, other than strong words and mild measures, that could cause ‘pain’ to Turkey,” Ellinas argued.

Mitsotakis has to deal with Turkey

Turning to Greece’s snap election on 7 June and the victory of New Democracy (ND) leader Kyriakos Mitsotakis, who was sworn in as the country’s new prime minister on 8 June, Filis noted that immediately after taking the reins, the new Greek government has to deal with Turkey’s increasing aggressiveness in the Cypriot EEZ.

“It needs to explore the potential for an effective intervention from the EU; ensure, together with Cyprus and other involved parties, the unhindered continuation of Nicosia’s energy program; secure balanced terms for the reopening of talks on the Cyprus problem; and, at the same time, open a new and substantial channel of communication and trust with Erdogan, a matter in which the assistance of (ND’s Dora) Bakoyannis and (EU Commissioner Dimitris) Avramopoulos could be catalytic,” Filis said.

Among the big questions, according to Filis, is whether the new government will proceed to extend Greece’s territorial waters in the Ionian having distanced itself clearly from the outgoing government’s policy on this, and mainly whether it might unilaterally declare an EEZ or submit coordinates to the UN, though it has stated no such intention.

“The main thing, of course, is the framework to be adopted for settling bilateral disputes with Turkey,” he said, referring to direct talks, recourse to an international court, or a combination of the two, assuming, that there isn’t a major “incident” in the intervening time. “Given that, in the end, broad understanding will be pursued, at the urging of our partners, we need to make sure these understandings secure/safeguard Greece’s interests, avoiding any unpleasant surprises,” Filis said.

For his part, Ellinas said he expects that there will be contact between Turkey and Greece after Mitsotakis takes the helm. “Whether there will be a rapprochement, I am not sure. I am concerned that Turkey, through its actions in the East Med, is establishing a negotiating position through which to confront Greece and Cyprus for negotiations under its own terms. Its current threat to agree delineation of EEZ boundaries with Libya is part of this. Under UNCLOS there is no way that there could be a common EEZ boundary between Turkey and Libya,” Ellinas said, adding, “But under Turkey’s unique continental shelf definition islands, including Crete and Cyprus, are not entitled to full EEZs! Such an approach to negotiations will not be boding well. Only acceptance of internationally accepted law can help resolve these disputes. Let’s hope that Turkey is open to that.” 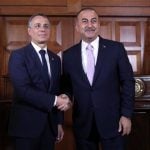 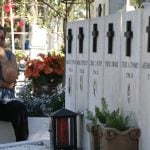