Turkey called on the United States not to take any steps that could harm relations over the Turkish government’s purchase of Russian S-400 air defense missiles, state-run Anadolu news agency reported.

The United States could expel Turkey from the program to help build F-35 fighter jets and take measures under the Countering America’s Adversaries Through Sanctions Act (CAATSA), which could have potentially serious consequences for the Turkish defense sector and the already ailing wider economy.

U.S. State Department spokeswoman Morgan Ortagus said on Tuesday that nothing had changed about the U.S. stance on Turkey’s S-400 purchase. The United States says that if Turkey deploys the S-400 missiles it would allow Russia to gain sensitive information on the defenses of NATO aircraft.

“The Turkish authorities know the legislation that has been passed in Congress as it relates to CAATSA,” she said. “We have said that Turkey will face real and negative consequences if they accept the S-400, including participation in the F-35 program.”

Turkish Foreign Ministry spokesman Hami Aksoy said the comments contradicted the spirit of talks between Turkish President Recep Tayyip Erdoğan and U.S. President Donald Trump when the pair met on the sidelines of the G-20 summit in Osaka last month.

Trump said in Osaka that Turkey had been treated unfairly as it had been pushed to purchase the Russian missiles because the previous U.S. administration had declined to sell Turkey U.S.-made Patriot missiles despite Turkey being a NATO ally. Erdoğan interpreted Trump’s words as meaning Turkey would not be subject to sanctions.

“We have managed this process transparently from the start,” Anadolu quoted Aksoy as saying. The spokesman said Turkey had still not received an answer from Washington to its proposal to form a NATO working group to discuss S-400s threats to F-35 jets.

“We invite the U.S. side to avoid taking wrong steps that may harm our relations by excluding diplomacy and dialogue,” Aksoy said.

“With God’s will, we will start joint production. There are no problems,” Erdoğan told reporters.

The S-400 surface-to-air missile systems, also known as SA-21 Growler within the NATO, has the capacity to take out a wide range of threats including drones, fighter jets and cruise missiles when deployed as part of a wider military infrastructure, the Financial Times said on Wednesday.

Ankara has not yet said where the S-400 missile systems will be deployed, but according to Turkish news site Habertürk, they will be installed at an airbase near Ankara. The Turkish news channel NTV said last week that the Turkish military would also prepare the infrastructure to deploy the S-400s in other locations and the systems would not be connected to NATO’s radar in Turkey to ease concerns over possible Russian subterfuge. According to the FT, the United States remains unsatisfied by this proposal.

Kamran Bokhari, the founding director of the Center for Global Policy and non-resident scholar at the Arabia Foundation, told Fox News that by acquiring S-400s, Turkey aims to restrict its dependency on Western systems in defense and gain leverage against the United States.

“The Turks are also calculating that the repercussions are unlikely to be too severe. The U.S. will have to impose some sanctions, but not as an end, but a means to find a compromise solution,” he said.

Aykan Erdemir, a former member of the Turkish parliament and now a senior fellow at the Foundation for Defense of Democracies, told Fox News that two factions in Turkey supported the acquisition of Russian defense systems.

“On the one hand, the so-called Eurasianists, a clique within the security bureaucracy pushing for a pivot away from the West toward Russia and China, have been strong advocates of the acquisition of the Russian hardware,” Erdemir said. “On the other hand, Erdoğan and his inner circle of loyalists want the Russian air defense system more out of a concern for their own safety, as a precaution against a future coup attempt, a fail-safe against Turkey’s very own F-16 jets.” 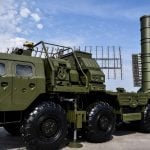 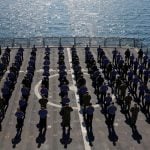