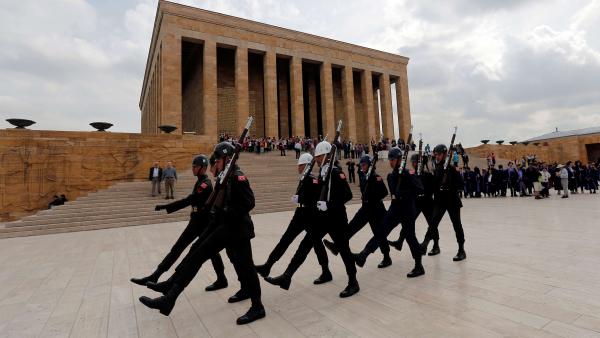 NATO-member Turkey’s recent decision to halve the length of compulsory military service for conscripts from 12 to six months is a small step in the right direction for Ankara, which, nearly three decades after the fall of the Soviet Union, has yet to restructure its military for the challenges of the 21st century.

Meanwhile, Turkey has also taken the controversial step of making paid service exemption permanent. Those able to pay 31,000 Turkish lire ($5,200) — about a third of the country’s average salary — will be permanently exempt from service following a one-month training.

“It is the poor who can’t pay to avoid military service and thus another divide is created in Turkish society,” a military analyst who spoke on condition of anonymity told Ahval.

Some 2.2 million Turkish men are currently avoiding military service, according to Defence Minister Hulusi Akar. Yet every year, some 700,000 young men become eligible to fulfill their military service, creating a significant surplus.

To clarify, under the new law ratified by Turkish President Recep Tayyip Erdoğan last month, mandatory military service for college graduates, who serve as reserve officers or reserve non-commissioned officers, will remain 12 months. And while mandatory service for privates has been cut in half, those who would like to serve the full year will receive additional pay.

With the new law, half of Turkey’s 420,000-member armed forces is expected to be composed of military professionals. But the law does not stipulate any future transition to a fully professional army, instead of continuing to embrace the military service component to encourage national unity.

The law’s main objective is to increase the combat readiness of Turkey’s armed forces (TSK) via skilled staff recruitment, while also making the Turkish military more flexible and adaptable to every condition and outfitted with the most advanced weapons and equipment.

During a parliamentary debate on the military law last month, opposition lawmakers raised concerns that a reduction in compulsory service would weaken the military and undermine its ability to defend the nation.

Mehmet Ali Çelebi, an ex-officer and parliamentarian for the main opposition Republican People’s Party (CHP), argued that reducing the length of military service would create a serious deficiency in the number of soldiers on duty.

“With the new military service, no setbacks will occur either on our country’s borders or in Turkish Cyprus,” Erdoğan said in response to such concerns.

As part of the new law, foreign nationals who have been granted Turkish citizenship will be recruited as conscripts depending on their age and level of education.

Turkey is hosting as many as 4 million Syrian refugees, among whom thousands of Syrian men who have already been made citizens are now eligible to serve in the Turkish military.

In addition, Turkey’s government is considering granting citizenship to the majority of Syrian refugees. Members of the CHP and the nationalist Good Party questioned whether Syrians serving in the TSK would pose a national security risk.

Contrasting other opposition parties’ concerns with the new law, pro-Kurdish party lawmakers argued that a numerically strong TSK had failed to establish peace and security in Turkey.

Garo Paylan of the pro-Kurdish People’s Democracy Party (HDP) referred to the 2015-2016 violence against the Kurdistan Workers Party (PKK), which has led an armed insurgency in Turkey’s southeast since the 1980s and is labeled a terrorist group by Turkey, the United States, and the EU.

Paylan called for the introduction of a right of conscientious objection and pointed out that in the past four years Turkey’s security spending had increased four-fold, reaching 160 billion lire this year.

“Despite this, we have neither ensured internal peace and welfare nor peace with neighbors. We have to discuss in depth how to enable security instead of getting engaged in shortsighted discussions surrounding military law,” he said.

Another issue of concern among lawmakers is the spending of the considerable funds generated by military exemption payments. Ruling Justice and Development Party (AKP) officials estimated that the new law would generate some 5 billion liras from exemption payments and that this amount would go toward soldier salaries and other military costs.

Yet CHP deputy Akif Hamzaçebi pointed to a Court of Accounts report stating that in 2014 the interest from the money generated by exemption payments had been spent on luxury cars for public institutions.

The 12-month compulsory conscription period has long been the target of criticism, with many arguing that it shows how Turkey is out of touch with the realities of 21st-century warfare, which increasingly relies on career-level expertise.

Though the AKP government has thus far failed to introduce civilian oversight of its armed forces, halving conscription for privates is borne out of the need to build a well trained, more professional armed forces.

In the end, reducing conscription is a good step toward meeting NATO standards for combat readiness. Yet Turkey still needs a smaller, more efficient force to deal with threats such as the PKK and terrorism from neighboring Syria and Iraq.

A smaller, more nimble and flexible armed forces, coupled with high-tech weaponry and military equipment, would bring Turkey’s armed forces much closer to its ultimate goal. 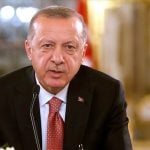 Epidemiological report could not be ‘translated’ into English yet, meeting postponed