Turkish President Recep Tayyip Erdoğan stated that Turkey and the TRNC’s determination regarding the drilling works in the Eastern Mediterranean will continue.

Erdoğan held a press conference before departing from Atatürk Airport to Sarajevo, the capital of Bosnia-Herzegovina.

In answer to a question, Erdoğan said: “Our drilling vessels are continuing this process with their own roadmap in respect of exploration and searching in the Eastern Mediterranean. There may be some disturbing voices but we have already made clear that they will not divert us from our path. I am still of the same view, I am saying the same thing.”

Stating that their determination, as both Turkey and the Turkish Republic of Northern Cyprus continues, Erdoğan said that the leaders that he met with at the G-20 summit also expressed this commitment. 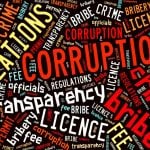 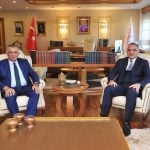 Sergeant and privates can go Home on leave