Turkish Vice President Fuat Oktay and his delegation paid a one day visit to the TRNC to attend the opening of the Turkish-TRNC Chamber of Commerce Forum’s 1st Economic Conference. Oktay met with Prime Minister Ersin Tatar.

In his speech at the conference, stressing that the TRNC had developed immensely since the day it was established, Oktay said that guarantor country Turkey has always been sincere for a solution in Cyprus but the Greek Cypriot side has not shown the same sincerity. “Although with our goodwill initiatives, a solution could not be reached in Cyprus. The Turkish Cypriots are still living under isolations. Our aim is to provide political equality and protect the rights of the Turkish Cypriots” Oktay added.

Furthermore, touching upon the natural gas issue, Oktay said that Turkey will take the necessary steps to protect the rights and interests of both Turkey and the TRNC in their continental shelf.

In his speech, pointing out that Turkey has a firm stance in the Eastern Mediterranean and protects the rights and interests of both Turkey and the TRNC decisively, Prime Minister Tatar said “As long as Turkey supports the TRNC in all fields, the TRNC will continue to develop”. 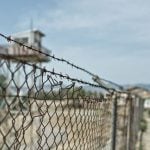 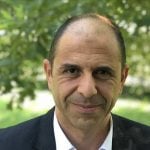