A famous social media influencer in Turkey has prompted discussions on the country’s publishing industry after her book sold 40,000 copies in two weeks.

A 14-month marriage to the owner of a television channel and producer of numerous reality shows, Acun Ilıcalı, shot Subaşı to fame. The couple’s divorce rekindled debates on the alimony rights of women as Ilıcalı agreed to pay Subaşı 125,000 lira ($ 23,300) monthly for spousal and child support, and buy a house worth of 10 million lira ($1.86 million) to be registered in their daughter’s name.

Subaşı, with her globe-trotting lifestyle and penchant for luxury, is one of the most successful social media influencers in Turkey with more than 3 million followers on Instagram.

Subaşı’s book  “Only Şeyma,” which was penned by a ghost writer, has only been on the market for two weeks and the publishing house has already announced an upcoming second edition.

The social media icon became a trending topic on Twitter this week after book sale figures were announced.

Turkish journalist Cüney Özdemir shared a half an hour video reading some excerpts from Subaşı’s book to criticise its literary value.

“We are seeing a book which according to claims sold 40,000 copies,” the journalist said. “In fact it is hard to call this a book, he said, adding that the contents of the book seemed like a long interview, which is extended with some additional elements.

“You cannot make everyone happy, because you are not a pizza,” Özdemir quoted Subaşı as saying in the book.

“What a shame, what a pity for the next generations of this country,” one Twitter user said, criticising the book’s sales figures.

Many were of the same opinion. Turkish social media users said the sales figures showed that readers lacked literary taste and too many trees had been wasted to produce the paper used in Subaşı’s book.

For some however, the harsh criticism was unfounded in the age of social media, and it is natural for a phenomenon like Subaşı to have a best selling book. 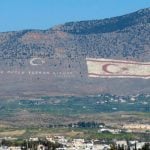