The 21-year-old make-up artist from Bromley is the daughter of Turkish Cypriot Tamer Hassan who played Khal Forzo in the sixth series of HBO’s hit fantasy drama.

Hassan has featured in a long list of films and dramas in the UK and in America, such as The Bill, Football Factory, EastEnders, Hotel Babylon, Deadman Running, Clash of the Titans, Freerunner, Snatch and many more.

“My dad is an actor, Tamer Hassan. He’s been in The Football Factory, The Business, Game of Thrones – he is my link to the famous world,” Belle explained ahead of her debut on the show.

51-year-old Tamer starred opposite Emilia Clarke during his stint on the show, appearing as a Dothraki warrior who refused to cede to Daenerys Targaryen as the new Dothraki leader.

Belle described her famous father as “very supportive” and “like a best friend” who is “always there for [her.]”

“He’s told me to be myself but has also warned me ‘I’m watching and I’m going to be seeing every detail!’” she added. 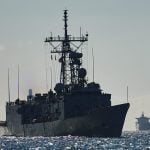 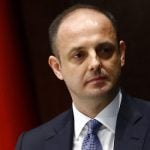