Turkish aircraft violated Greek airspace 42 times on Wednesday and engaged in five mock dogfights with Greek jets in the area south of the island of Rhodes as well as between Chios and Samos near the Turkish coast, Kathimerini said.

Some 12 armed Turkish F-16s infringed Greek airspace 30 times on Thursday between Rhodes and Kastellorizo in the southeast Aegean and the jets of the two neighbors engaged in six mock dogfights, Kathimerini said.

“Turkish violations usually intensify when Greece is in a pre-election period,” Kathimerini said. Greeks will head to the polling stations on Sunday for parliamentary elections.

Aegean airspace is one of the outstanding disputes between Turkey and Greece. Greece claims 10 nautical miles (19 km) of airspace, including from the islands which it owns. That is beyond its current six nautical miles of territorial waters.

Turkey denies Greece’s claims saying the sea-based boundaries also define the limits of its national airspace according to international law. The majority of the close encounters between the two countries’ jets take place within the four-mile radius which is recognized by both.

Relations between Turkey and Greece have also been tense since last year over the potentially rich hydrocarbon resources in the eastern Mediterranean near Cyprus. 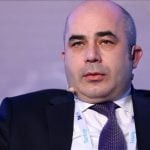 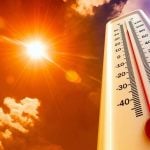