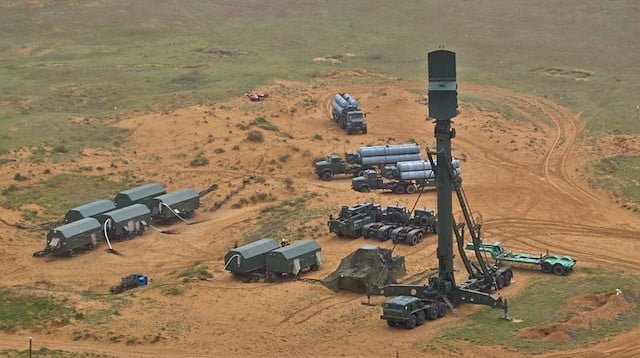 While Turkey is preparing for the delivery of Russian missile defence systems as early as next week, there are still uncertainties about how it will protect S-400 batteries against aircrafts that can fly at low altitudes, Turkish pro-government daily Yeni Şafak said, citing a military aviation expert.

Kılıç said that during negotiations for the S-400 systems in 2017, Ankara and Moscow had also discussed the purchase of a system to protect the batteries, but no official statement had followed.

According to Kılıç, Turkish authorities may be planning to protect S-400 batteries via new systems that are being produced domestically. He said that Korkut, a self-propelled air-defence gun system developed by Turkey’s leading defence company Aselsan, might be a substitute for the Russian Tunguska system, while a short-rage to long-range surface-to-air missile system being developed by Aselsan and Roketsan since 2007 could be used in place of the Pantsir and TOR.

“It is at the moment difficult to say something clear about which type of protection method Turkey will choose for the S-400s, but I would like to add that our Hisar systems, which I expect to assume important tasks in this, will become operational in one or two years after the start of serial production,” Kılıç said.

Meanwhile, Kremlin spokesman Dmitry Peskov said on Friday that the delivery of the S-400 systems to Turkey was going as planned.

Turkish news site Habertürk reported on Thursday that the first shipment of S-400 systems would be loaded on a cargo aircraft this Sunday to be sent to Turkey next week. In addition to a nine-member Russian team that has travelled to Turkey for the installation of the missiles, another technical team is to arrive on Monday, it said.

NTV news channel said on Thursday that Mürted Airbase in Ankara has been chosen for the deployment of the S-400 batteries because of its geographical location and its existing infrastructure. Turkey’s fourth main airbase, formerly known as the Akıncı Airbase, was renamed the Mürted (Apostate) Airbase after it was used in a failed coup attempt in 2016. Its squadrons were disbanded, its aircraft sent to other airbases and it was downgraded to an auxiliary airfield.

Yeni Şafak said on Friday that Mürted would be used for the installation of the S-400 missile systems, but that the locations the movable systems would be deployed in later was still uncertain.

According to a study by Kadir Has University, 44 percent of Turks support Ankara’s decision to acquire the Russian missile systems.

The purchase has soured relations between Turkey and the United States, as Washington says the Russian-built systems could access sensitive information on F-35 stealth fighter jets.

The Pentagon set July 31 to expel Turkey from the F-35 programme if Ankara receives the delivery of the S-400 systems. There is bipartisan support in the U.S. Congress to halt the delivery of the stealth fighter jets to Turkey and to impose further sanctions on Ankara. 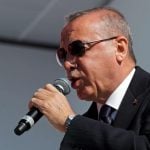 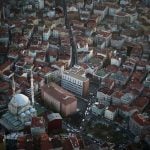 Health Ministry issues advice to avoid side effects from heat