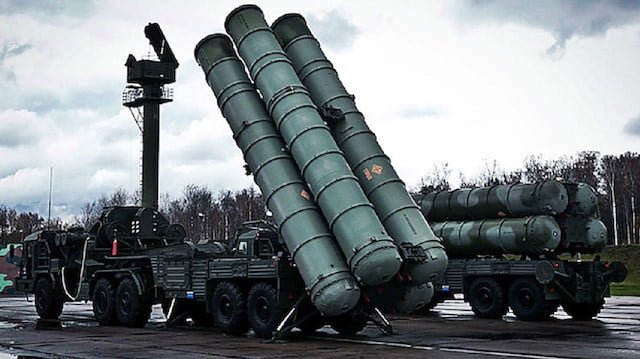 With Turkey set to receive its first delivery of long-range S-400 air defense missiles from Russia this month, the lengthy dispute between it and the United States over the deal is likely to come to a head, as will the issue of Turkey’s role in the fifth-generation F-35 Joint Strike Fighter program.

The Pentagon will expel Turkey from the program by July 31 if it accepts this first S-400 delivery, which is set to commence in mid-July. Turkish President Recep Tayyip Erdoğan has reiterated on numerous occasions in recent weeks that the S-400 delivery is a done deal.

Erdoğan has also claimed that he and U.S. President Donald Trump see eye-to-eye, despite threats from the U.S. government to sanction Turkey over the S-400 purchase. During a meeting between the two presidents in Japan last weekend, Trump did espouse some sympathy toward Turkey’s position but nevertheless did not rule out the prospect of sanctions.

Erdoğan has also said that if Turkey is ejected from the F-35 program it will seek compensation for the fleet of F-35s it already ordered and paid over $1 billion for, stressing that he will use international arbitration courts if he deems it necessary.

In spite of Erdoğan’s threat of arbitration and his expressed belief that Trump will prevent any sanctions on Turkey, it seems more likely than not that Ankara will be removed from the F-35 program and will face sanctions after it acquires its first batch of S-400s.

“I’m not sure much will happen the day after that isn’t already in motion,” Joseph Trevithick, a defense writer at The War Zone, said in an interview. “The Pentagon has already released details about how it expects to proceed with regards to the F-35.”

Aaron Stein, Director of the Middle East Programme at the Foreign Policy Research Institute, also noted that the “international arbitration threat” Erdoğan invoked “has been around, in private, for quite a while.”

“It is now spilling out into the open,” Stein said. “The U.S. has looked hard at the casus belli for Turkey’s removal from the F-35 program and feels like it is on a solid legal footing.”

The United States, he noted, “is the first owner of all produced F-35s until they are transferred to the purchasing party, subjecting each transfer to national law.

“Turkey really doesn’t have a leg to stand on but could test out its own theory of the case if it so chooses,” said Stein.

Omar Lamrani, a senior military analyst at the geopolitical and intelligence platform Stratfor, believes that “the purchase and deployment of the S-400s by Turkey will certainly greatly complicate any potential compromise in the short term.

“In the longer term, there is still the possibility that Turkey and the United States could reach an arrangement whereby the S-400s are placed away in storage or given to another nation in exchange for the lifting of sanctions, but this possibility is still pretty remote right now,” Lawrami said.

Turkey is at risk of facing sanctions under the Countering America’s Adversaries Through Sanctions Act (CAATSA), a U.S. federal law which seeks to sanction any country that, among other things, purchases Russian military hardware.

“Turkey is likely to face CAATSA sanctions in addition to its removal from the F-35 program,” Lawrami said.

Despite Trump’s apparent openness to “a more lenient approach” on Turkey’s F-35 purchase, “Congress remains determined to punish Turkey and the administration will find it hard to overcome the congressional momentum in this regard,” he said.

“Arrangements over Turkey’s investment in the F-35 program still need to be worked out as part of its freeze from the program,” Lawrami said. “One possibility, for instance, is for the F-35 jets that Turkey has already received but are still in the United States to be purchased by the United States.”

Stein also believes that “nothing is clear” after Trump’s last meeting with Erdoğan and doubts that Turkey will ultimately receive the F-35 or be exempted from sanctions over the S-400.

“If we were to follow what CAATSA actually says, Turkey would neither qualify for a waiver or a suspension,” he said. “I don’t think Trump knows what CAATSA says and clearly doesn’t know the history of U.S.-Turkish negations on missile defense, so, as always with this president, all bets are off.”

Stein also thinks there is “very much a possibility Turkey is placed under some sanctions” and “without a doubt” does not see any “pathway to F-35 transfers.”

“That is covered in multiple, different pieces of legislation,” he said.

Trevithick echoed Lawrami in his view that Congress will be less forthcoming than Trump when it comes to leniency on Turkey over the purchase.

“There is a significant group of legislators who have been behind a number of initiatives to censure Turkey and not just over the S-400 purchase,” Trevithick said.

“It’s worth remembering that the FY19 National Defense Authorization Act provisions specifically mentioned the detention of Andrew Brunson and Serkan Gölge, in addition to the S-400, as being key issues Turkey would need to solve if it wanted to remain in the F-35 program,” he said. “Their ire may be slightly less pronounced with the release of Gölge in May.”

Brunson, a U.S. pastor who was arrested on terror charges in Turkey in 2016 after spending decades preaching his evangelical faith there, was at the heart of a diplomatic crisis that led to U.S. sanctions being placed on two Turkish ministers last August. The pastor was released in October.

Turkish-American scientist Gölge, like Brunson, was arrested after the coup attempt in July 2016 and charged with links to an outlawed religious movement accused of plotting the coup. The former NASA scientist was released in May, after a phone call between Trump and Erdoğan.

More broadly, Stein noted, Turkey’s possession of S-400s will have an impact on how other NATO allies interact with it.

“No one will send a fifth-generation fighter to Turkey while S-400 is deployed,” he said.

NATO officials say the presence of the Russian-built S-400s in an allied country would create security risks for NATO defense systems, including the F-35 fighter jets.

Lawrami also pointed out that “we are likely going to see some changes – primarily in terms of limiting certain deployments as part of training with Turkey to prevent F-35 exposure to the S-400 system.”

Ultimately, he sees this whole saga as another “reflection of the wider deterioration in U.S.-Turkish ties” and part of a trend playing out “in different facets of the relationship, whether it is the increasingly cosy relationship between Ankara and Moscow or the standoff over the U.S. relationship with the YPG in Syria.”

Trevithick said the affair had the potential to “push the U.S. and European defense contractors further away from the Turkish market and push Turkey closer to Russia in this regard.”

“There is already talk of Turkish involvement in the Su-57 combat jet and S-500 air defense system programs,” he said.

Trevithick said that security risks identified by the Pentagon could change “other facets of US-Turkish military cooperation, including exercises.”

“It’s worth noting that the United States is probably less concerned about flying older model aircraft around the S-400s than the F-35s,” he said. “Other NATO members will no doubt weigh similar operational security considerations.”

Ultimately, it is difficult to see any room to compromise on the issue, Trevithick said.

“Turkey has a valid need for a long-range surface-to-air missile system with a nominal ballistic missile defense capability, but has repeatedly declined offers from Western defense contractors to supply such a system,” he said.

“Despite Erdoğan’s blatant lies about blocked sales, Turkey has passed over multiple U.S. government offers to sell it various types of Patriot since 2008, reportedly balking at the cost and lack of willingness on Raytheon’s part to offer the industrial offsets and local cooperation deals it wants.”

Joint production with Russia is one purported reason Turkey opted for the S-400. However, “it remains to be seen just how much actual technology transfer the Kremlin is willing to allow, either.

“The bigger sweetener in the S-400 deal appears to have been a characteristic Russian low-interest loan to help finance it,” Trevithick said.

“It’s hard to see how Turkey could back out now, even if it wanted to, and it seems even harder to imagine them giving back the S-400s. All told, I’m not really sure where either side goes from here.” 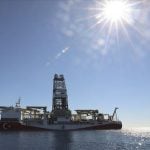 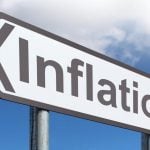